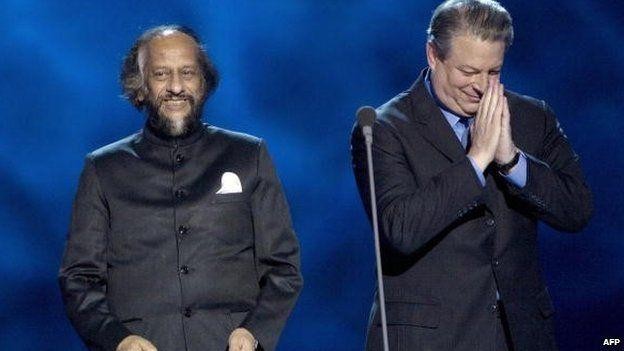 Well you can excuse the rugby bloke, he has obviously copped too many hits to the head and you can forget the Nobel Prize bloke ‘cos one of the world’s most evil terrorists copped a Nobel prize and Bernie Fraser, well, sane people are tired of making excuses for the senile ol’ Bernie Fraser.

The world thrives on essential coal and it will do so for at least another 30 years. Australia has the cleanest coal and if our exports cease, South America and China itself will take up the slack themselves with their own dirty coal.

How does that help ol’ Bernie Fraser’s so-called C02 problem?

The most astonishing thing is that only 61 academic dickheads in Australia wanted to put their names to this letter to Fairfax. The letter did not note the names of those who had refused to sign it.

As reported here earlier this year “Prepare for an avalanche of bullshit ahead of the IPCC’s Paris Conference.” And boy has there been some bullshit flying around, all orchestrated by the UN’s desperate little bunch of lying crooks that make up the IPCC!

Wasn’t Abbott’s highly successful “Direct Action” good enough for them? After all it has met all the targets and more! But Direct Action doesn’t raise the ten per cent of carbon tax the UN wants… Abbott successfully avoided this UN scam and showed that responsible people will reduce emissions anyway! Everyone wants cleaner air!

As suspected all along, the IPCC’s interest is not at all in global warming, because the globe is not warming. The IPCC is a tool of a corrupt UN and has been tasked with devising the biggest hoax ever imposed on unwitting voters who will in turn convince reactive governments to comply and pay up.

The global warming hoax is directed at us the idiot voters, not governments or their ministers!

Don’t tell me you haven’t noticed a plethora of old National Geographic and Discovery Channel docos on starving polar bears atop melting icebergs.

Don’t tell me you haven’t seen the repeated repeats of SBS and ABC rising seas and increasing temperatures programs! Neither of which is true of course but the unadulterated bullshit continues regardless.

Pollution they say! Okay, what about the millions of tons of burnt, raw kerosene being dumped in the atmosphere each day by the world’s airliners? Oooh! No mention of that! Why not? Well, jetA1 suffers sovereign taxes the UN can’t get their grubby little hands on ten per cent of.

No, no, the UN needs international carbon taxes, the concept of which can be sold to Left wing government foreign ministers who lust after getting their shiny bums on UN seats.

How can their visually polluting windmills and sun-dependent solar panels help to solve airliner pollution? Their limited and uneconomic energy cannot be stored as base loads!

Oh yes, I forgot, UN delegates spend most of their time in first class seats.

There was definitely a spring in Julie Bishop’s step when she raced into Abbott’s office to be the first to tell him to pack his stuff… the global warming scam was back on the agenda and the windmills would keep spinning.

No-one questions the fraudulence of the UN’s methods. The IPCC is made up entirely, not of scientists or meteorologists, but of overpaid crooks like chairman Rajendra Pachauri, a scruffy, long-haired, Indian diesel mechanic who resigned after he was found sexually molesting his staff (pictured left).

The IPCC only accepts advice from committed “scientific” warmists. That’s their role. Thus the, “97 percent of scientists agree …” nonsense, while the 33,000 real scientists, who denounce global warming as a hoax, are never heard from!

The UN is proving once again that with constant repetition and weight of money any idiot can be convinced of anything … and if you don’t believe that, consider this:

The World Health Organisation (just another arm of the corrupt UN) now says snags and bacon are carcinogens and equal to cigarettes and asbestos. WTF?

So please explain why anyone (apart from Julie Bishop of course) would believe anything espoused by this corrupt, exploitative UN mob of international criminals.

…WHEN THEY CALLED OUT CHANGE LEADERS, AND YOU WALTZED AWAY FROM...