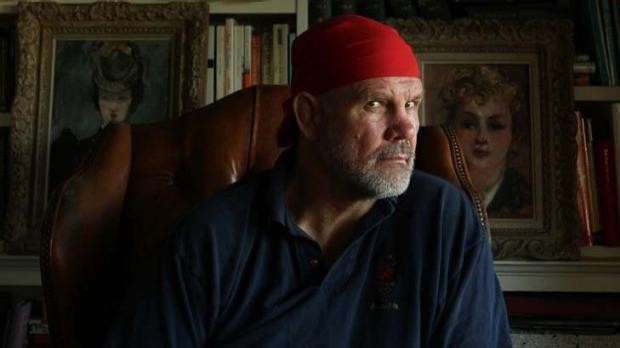 Red bandana, Fitzsumbugger, believes the woman who claims she was raped in a Nauru detention centre, and therefore wanted an abortion, should automatically be believed.

Of course the SMH reported in their normally irresponsible fashion: “The 23-year-old female Somali refugee is 11 or more weeks pregnant as a result of her rape and is begging to be allowed to come to Australia for an abortion.”

Hmmm, well, surprise surprise, this is one of two women who are claiming they were both raped at the same time and neither has been found to be a “refugee”.

Nor has it been found that either was actually raped. No-one has been charged! It seems the SMH and the red bandana are allergic to the word “alleged”.

An airliner was chartered to take this woman to Australia where she claimed she no longer wanted an abortion and therefore she was flown back to Nauru before the parasitic Shine lawyers could arrange an urgent injunction to keep her here.

The woman then asked to return to Australia at a later date. This request was understandably refused.

And then that disgraceful woman, Gillian Triggs, chimed in with: "It's extraordinary that she was expected to reach a decision in such a short space of time and when the answer wasn't given immediately she's literally air lifted back to Nauru."

After the first semester she still needed more time to decide on an abortion only after she arrived in Australia? One would suggest that such a decision is made well before one boards an aircraft!

The most likely chain of events (but for Christ’s sake don’t tell Triggs, the red bandana or the SMH) was that the two women had a night of consensual sex on the piss with two other males and in time one of the women found she was pregnant.

Ouch, what should she do now? Have the baby in Nauru or do what every other detainee does and use pregnancy to its best advantage.

By claiming she was raped and opting for an abortion, she will almost certainly get a free charter to Australia (at a cost of $30,000) because she is aware that abortion is illegal on Nauru.

Okay so she gets to Australia with two counsellors and a dozen doctors and nurses ready to attend to her every whim. But now she wants to keep the baby and claims she was mistreated and not allowed an interpreter. A request for an abortion should be a breeze in sign language and anyway the woman had written a letter in fluent English and Minister Dutton had roundly denied her other claims. It now appears this woman is allergic to the truth.

If, as she claims, she was raped why then did she refuse a termination after she arrived? Why did she ask to return to Australia at a later date and why were the Shine lawyers buzzing around her like blowflies in a strange toilet?

Dear Triggs, red bandana and SMH, this sounds like an “alleged” classic stitch-up that Australian authorities had nipped in the bud, does it not?

With the assistance of people like Triggs, the level of Fairfax reportage is getting more atrocious each day.