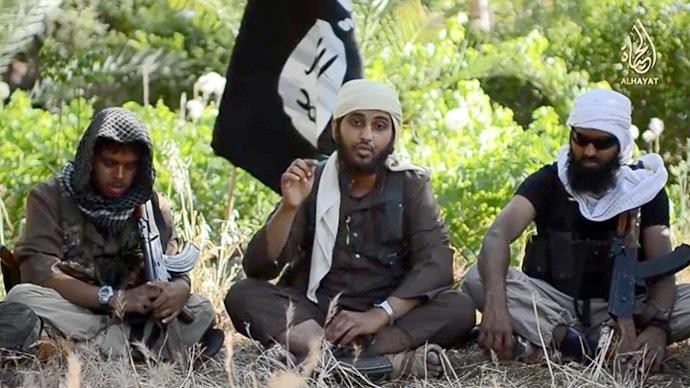 [Re-published from a pickeringpost.com article two years ago.] Zacky Mallah, who has been radicalised right here where he was born, may still spend up to 20 years in jail being de-radicalised by a few tattooed Aussie inmates.

In 2011 Zaky Mallah was sacked from his job at ANZ Stadium for broadcasting a video of areas of the Stadium on Youtube. The videos included shots of the VIP private dining room, and the kitchen. It was claimed he was again planning a suicide mission, but he has not been charged due to inconclusive evidence.

In 2013 he was again arrested and charged for posting instructions on how to join jihad in Syria and boasting of his glowing experiences of life on the frontline in Syria.

In 2005 the Australian Federal Police charged Mallah under counter-terrorism laws and he was jailed in the maximum security multi-purpose unit at Goulburn for two years before being acquitted of the charge by Judge Wood CJ, who concluded that:

“While I accept that the prisoner enjoyed posing as a potential martyr and may from time to time, in his own imagination, have contemplated taking the lives of others, I am satisfied that, in his more rational moments, he lacked any genuine intention of doing so.” Hmmm. (Does that ring a bell regarding Man Monis?)

Well, there he was last night with his annoying little face on national TV, and somewhere in the war zone with other Islamic Australians, pleading for his "mates” to come fight the holy war.

But he returned saying he was just there to “have a look” and to have his photo taken with ISIS combatants, and did not actually fire his weapon.

Zacky Mallah, who posts on pickeringpost.com claiming we are all "Right-wing extremists", says he is now living in fear for his life after local Sydney jihadists said they would kill him for co-operating with law enforcement agencies and ASIO.

He is suspected of selling out local jihadists because he had not been arrested or even questioned upon his return to Australia.

The Sydney jihadists warned him that if he attended prayers at Belmore or Lakemba mosques he would be killed.

Mallah is now asking for financial assistance to return to Syria as soon as possible. He said, “Since returning from Syria, I have received numerous inquiries from Australians seeking to get over there and to contact the ISIS”.

He said that up to 250 local jihadists had travelled to the region so far and more were planning to follow.

As an Australian citizen he must be permitted re-entry and cannot have his passport cancelled (at the time) but he can be charged and jailed under our new counter terrorism laws… unless of course he’s lucky enough to get Judge Wood JC.

Here he is displaying his Aussie values while promoting the new Bendigo mega mosque:

Try not to throw your coffee mug at the monitor.

IS YOUR CHILD’S LIFE WORTH ONLY FOUR YEARS?