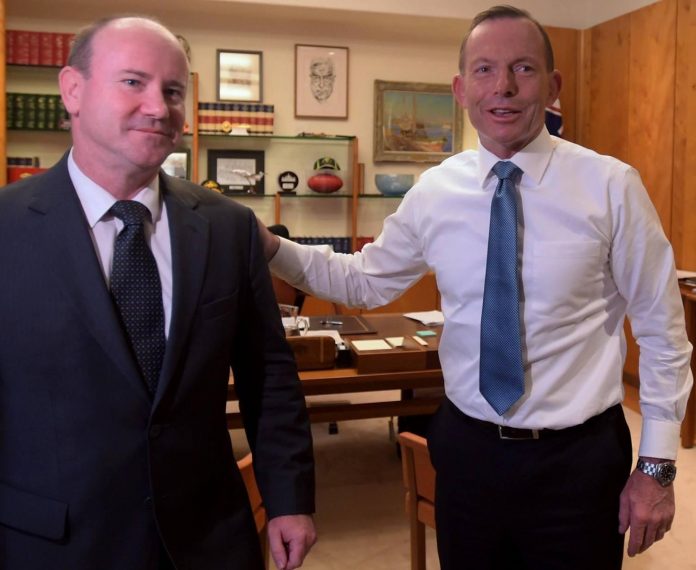 I realise the risk of sounding repetitive over the past four years (so I promise, after this rant, not to mention it again) but the Man Monis Inquiry is now highlighting the dangerous evolution of our various security agencies.

PM Abbott has finally realised just how counterproductive counter terrorism intelligence Agencies can be… and there are very good reasons why.

There are 25 intelligence, or security related Agencies in the United States with myriad similar State-based Agencies. The CIA detests the FBI and although vital information is collected by both these and other Agencies, it is not integrated or passed on to any other Agency, leading inexorably to hugely serious and embarrassing failings in national security. We are going exactly the same way.

In Australia there are seven Federal intelligence or security Agencies plus two border protection Agencies and a number of State-based counter terrorism groups. Then of course there’s the AFP, the State Police, customs and other related security bodies.

Heading the lot is the tired, 68 year old, Federal ASIO, the overseas spy Agency ASIS and the Australian Signals Directorate which operates the Australian Defence Satellite Communications Station and who might pass on anything "suspicious".

Then of course there’s the Defence Dept that has its own Australian Army Intelligence Corps. Are you starting to get the picture yet?

Over time, ASIO and ASIS, and to an extent all the others, have developed their own culture of secrecy. They don’t trust any competing Agency and there is an annual Agency race to justify an increase in budget allocation to Treasury.

Each Agency is set up to be jealously guarded as autonomous, independent, self regulated and sovereign. A recipe for disaster and counter to the national interest.

Enter Greg Moriarty, Abbott’s new appointment as “Anti-Terrorism Coordinator” and Minister for Justice Michael Keenan has had his portfolio extended to become Australia’s first “Minister Assisting the Prime Minister on Counter-Terrorism”… well at least it indicates Abbott has finally realised there is actually a serious problem afoot.

But has Moriarty a hope in hell of fixing it? Nope, nope and nope. The problem cannot be solved with non statutory personnel who have no power other than bureaucratic persuasion.

The problem is a structural one and it will take a PM with huge balls to deconstruct the 1800-strong ASIO so it can become an integrated prime mover of all intelligence gathering regarding terrorism.

Like all Government Agencies, over time it has become too big and too unwieldy. More dangerously, ASIO officers are exempt from prosecution for a wide range of illegal activities.

They can carry guns, detain anyone they don’t like, and carry out a wide variety of otherwise illegal acts in the course of their “operations”.

So if Abbott thinks Moriarty, when he walks into ASIO’s new $630mil. building full of 1800 James Bonds, has any hope of restructuring the unholy mess, then he’s got his hand on it.

This financial year Abbott has raised ASIO’s budget 300 per cent to over $1 billion for Christ’s sake. Maybe he should have supplied 1800 Aston Martins with rockets on the front bumpers while he was at it.

It’s worth recalling that the Rudd-appointed ASIO Chief, and mate, David Irvine, was fully aware of Man Monis’s “credentials”, before deciding just before the Lindt Cafe siege, that he was, “not a threat”.

Irvine's replacement, Duncan Lewis, has defended ASIO's role by revealing that Monis was, "never on any ASIO terror watch list’’, because, "ASIO does not have a list."

So not one of ASIO's 1800 James Bonds has a list of likely terrorists? Is it all becoming clear now then?

But hang on a minute, Monis was on bail after being charged as an accessory to the murder of his ex wife, who was stabbed 18 times, 40 cases of sexual abuse, found regularly attending meetings of the international terrorist group, Hizb ut Tahrir, and was found guilty of writing vicious letters to the families of fallen Australian soldiers.

In other words he was a mad Muslim the Iranians demanded be returned to face an array of other fraud charges… but despite all that, had been “cleared” by ASIO! Okay so what fucking "terrorist watch list" had he been cleared from then!

Have they taken Usama bin Laden off their “Happy Ramadan” card list yet?

ASIO needs no more than 200 James Bonds in its palatial new building, allowing room for other Agencies it should be working with, instead of competitively against, and there would still be space for a billiards hall, a karaoke bar and 200 IT computer nerds to show the James Bonds how to locate terrorists in cyberspace.

When Greg Moriarty lobs for work next Monday he will be told by ASIO, in the politest possible terms, to go make love to himself.

PARIS ACCORD IS DEAD

WHY THE ALP PRESIDENT PLED GUILTY