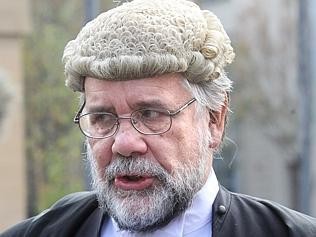 An exclusive interview with pickeringpost.com allowed Kathy to bare her soul and display the torment she had suffered for 28 years allegedly at the hands of Bill Shorten. Now she cannot escape the image of her attacker without screaming and shaking uncontrollably.

But criminal lawyer, Peter Faris QC who is acting for Kathy pro bono, is also trying to escape his own dark nightmare when he once defended a client against a charge of raping another 16 year-old.

“I did my job”, said Faris, “which is to say I destroyed the girl during cross-examination.

“As she was leaving court after finishing her evidence, and the door to the courtroom had not quite shut, she gave a howl which sounded like a mortally wounded animal. The jury subsequently acquitted my client.”

Faris is searching for atonement by attempting to free Kathy from her bottomless pit of despair… “The power I had over this girl in cross-examination was frightening. I am a good (and ruthless) cross-examiner”, Faris explained. “I now feel that I do not wish to use my ability to damage or destroy witnesses in cases such as these.

“I (have) never defended another rape case. Things have changed since the 1970s and I have no idea what the tactics in rape cases now are. But despite all the safeguards for the victim, I suspect that destroying her is the surest path to an acquittal.”

For Faris to switch to a prosecutorial role indicates he is a man on a mission to cleanse his soul of that haunting howl from a 16 year-old rape victim he unfairly made out to be a willing slut.

With the media reluctant to report anything but court proceedings, Bill Shorten has felt safe in declaring, “there is absolutely no basis for the claim”. In other words, Kathy is lying.

But I would like to be as sure of winning the Melbourne Cup as I’m sure that an excited Bill Shorten, high on drugs, raped Kathy.

To form your own opinion, the harrowing two-part interview is here:

MICHELLE OBAMA AS PRESIDENT? BE AWARE – IT COULD HAPPEN.