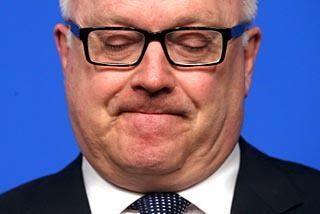 Senator Brandis QC, arose in the Senate and in his best Oxford vernacular explained that, “Everyone has a right to be bigoted”. It was grist for the Green mill and set alight the lunatic Left in a blizzard of PC bullshit.

From that moment, Tony Abbott’s election promise to reform the Act hit the cutting room floor and joined the bundle of other broken promises.

Had our learned friend arose to say instead that, “Everyone has a right to free speech”, the Bill would have sailed through the Senate.

I don’t think I will give Senator Brandis a call next time I kill a radicalised Muslim.