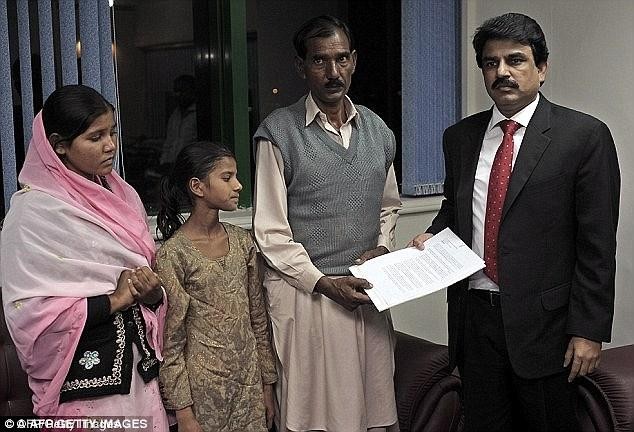 A female fruit picker in Pakistan last week lost her appeal against a death sentence for blasphemy. Asia Bibi had taken a drink of water from a well during the heat of the day but had inadvertently used a cup that was reserved for Muslim women.

Asia Bibi, a farm worker from rural Punjab, is a minority Christian in 97 per cent Muslim Pakistan.

A Christian by law must not eat or drink from the same utensil, as food and water becomes instantly “unclean”. Once her mistake was discovered she was beaten unconscious. When she came to, she is alleged to have uttered the words, “Jesus Christ might have a different view of that law”.

She was beaten again and the angry mob then went to her house and beat her husband and children before reporting her to authorities for having committed blasphemy against the prophet Mohammed.

Battered and bruised, Asia was then dragged before the local Imam who told her the only way she could redeem herself was to immediately convert to Islam. “Otherwise”, he said, “you will face death”.

In November of 2010 Asia was sentenced to death by hanging in a Sharia law court, where judges and lawyers are too afraid to acquit or defend any alleged offender. She has been kept in jail under the worst conditions imaginable for the past four years.

After the loss of her appeal she now awaits the hangman and has described her past four years as “mental torture”.

Under its interpretation of Shariah Law, Pakistan carries an automatic death penalty for “blasphemy” but the accused are often lynched or languish in jail for years without trial because lawyers are too afraid to defend them.

Judges have been attacked for acquitting defendants of “blasphemy” charges and two politicians who openly discussed reforming the law have been murdered.

Islam continues to permeate and suffocate Western cultures with its sub-human Shariah Law. The UK and other Euro countries have allowed the establishment of separate law courts to legally administer Shariah. There is a push for the same Shariah Law structure here.

But I have a premonition things are about to change, at least in Australia.

There is a strong undercurrent of feeling that we have finally had enough of this insane cult.

FOR THOSE WHO MISSED IT, BOB’S RESPONSE TO BILL SHORTEN’S PLEDGE...