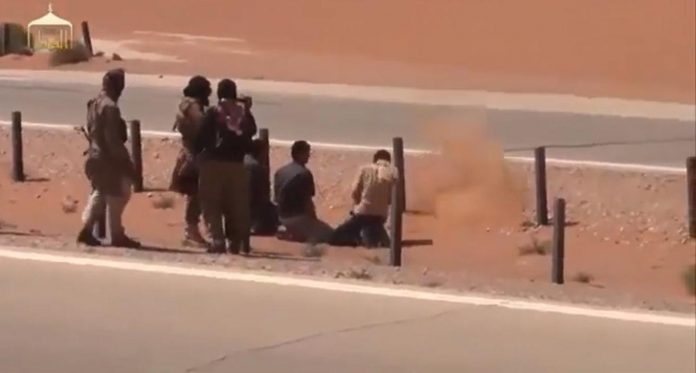 While we watch Wimbledon tonight, members of the ISIS will be stopping vehicles on the road to Mosul to determine if the occupants are Sunni or Shia. A series of questions will be asked on the Koran, and if those answers indicate they are of the Shia tribe, each will be gunned down and beheaded separately in front of the others.

Perhaps 2GB executives were fearful for Michael Smith’s life when he quoted from the Koran. How thoughtful of them.

History is littered with the carcasses of nations that were so blind they could not see. “Get thee behind me Satan”, allow me to see only the flowers of my faith.

While media happily discloses repulsive paedophilia in our Christian churches it shrinks from disclosing the same excesses in the Islamic faith. Why?

They still believe in depravity, we have moved on. They still cling to a culture time should have overtaken but cultures, no matter how heinous, are a protected species in our system.

Of course our culture is not protected within the Islamic faith. Our culture to them is alien, debased and illegal, so it’s okay for them to publicly denounce ours as evil. Yet our culture inhibits criticism of theirs.

Has there ever been a greater cultural imbalance that shows no sign of being confronted by the Left?

But the middle ground is stirring, there is movement afoot, we are starting to see the ugly face of Islam and governments are being forced to recognise and address its vile excesses.

A new Islamic terrorist State of Iraq is emerging and when it tires of killing its own it will turn its attention West and call upon those it has exported to our suburbs to help.

TRUMP WINS WAR GAME BY NOT PLAYING IT – PURE GENIUS!