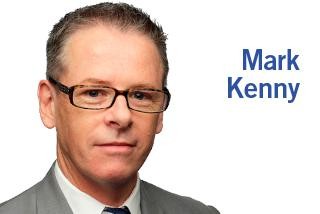 The Nielson/Fairfax poll normally tilts toward Labor but its savaging of Bill Shorten last week has the Fairfax scribes madly re-penning their predictions prior to the more reliable Newspoll.

Fairfax Leftie, Mark Kenny wrote of the previous Nielson poll, “The result will be seen as a wake-up call to the Abbott government as it struggles to maintain public confidence in its tough stop-the-boats policy while refusing to reveal the most basic details on the grounds of operational security. That is sure to add to growing discontent within the Coalition at the performance of Mr Morrison.”

Kenny is at least consistent. His ability to repeatedly misread the public mood is breathtaking, even for a Fairfax chief political correspondent.

Less than six months into the job and Bill Shorten languishes in irrecoverable Gillard figures with unions sweating like pigs agonising over their next choice of Labor leader.

There’s not a lot to choose from and the rank-and-file is disillusioned with its union masters.

A third of Labor voters agree with Abbott’s Royal Commission into unions and that figure forecasts a perfect storm for Labor.

As reported in the Post last year, Albanese would make an excellent Opposition Leader but never a Prime Minister. Bill Shorten would make neither.

It seems the conservative nutjobs are far better at forecasting Labor’s political fortunes than the best Fairfax has to offer.

If Labor is to survive a Royal Commission it needs Shorten as far from Parliament as possible.

AN ABBOTT LEGACY ARGUABLY THE GREATEST

SHOULD BARNABY BUTTON UP?

SAME SEX MARRIAGE OK WITH ME… but later