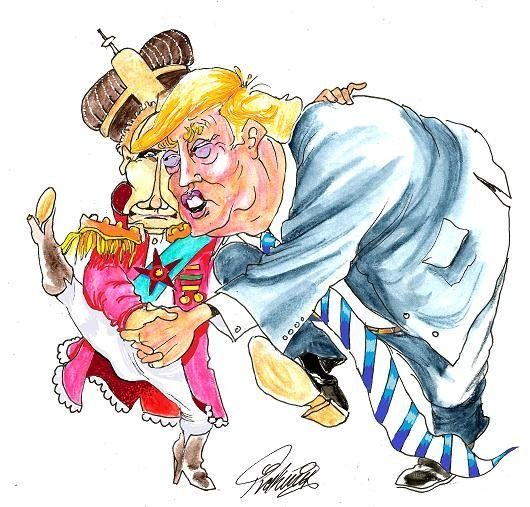 When Tony Abbott’s rage over the downing of MH17 settled on a target he gave notice that he would “shirtfront” Vladimir Putin. The superficial opoplexy of the Left media was volcanic. Now that Trump is dancing with the tsars the apoplexy is directed at the polar opposite.

Why doesn’t the Left simply admit it doesn’t like Trump and it didn’t like Abbott. It will always find some reason to claim any conservative election victory as illegitimately influenced by foreign espionage. Ha.

Paul Zanetti’s cartoon opposite is spot on… the Left once relentlessly and passionately pled that we “give peace a chance”, now it seems it prefers to give war a chance.

It’s okay to see LA razed to the ground but only if Trump can be blamed as "militarist in chief".

The stench of the Obama administration still lingers like a two year-old fart and the Left inhales it like it's the aroma of a virginal bride.

FREE SPEECH IS QUITE EXPENSIVE

A TIME TO DOWN WEAPONS