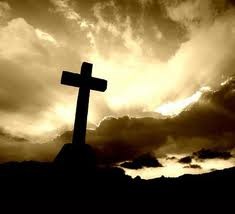 Christianity is a symbol of goodness, religion is a symbol of evil and is un-Christian in its indecent, competitive pursuit of self. But you need neither to follow a path of goodness because, for some reason, we were all born with an innate sense of what is good, fair, right and wrong.

Political parties and football teams are based in religions yet both claim allegiance to either Christianity or the one football code.

Do I believe in the teachings of Christ? Yes, of course I do… some of them.

Some have no contemporaneous relevance and some of the opposing Mosaic laws make much more sense yet neither really fits a modern environment.

Christ was a Left-wing radical found guilty of treason and sedition. He was legally put to death by the establishment, as were many others. So why all the fuss?

The mysticism that formed what we now call Easter only started after Christ’s death and most of it was as outlandish then as it is now:

His mother was impregnated by God, he didn’t really die, he now sits beside God, we will go to meet him, he will return to… mmm, ok.

Do these concepts apply only to our solar system or also to the other solar systems in billions of other galaxies?

Does the myth really apply to other places or are there separate myths for each galaxy? Maybe.

But some truths are undeniable. Easter has no relationship to Christ and debases what Christ stood for.

Easter was a Pagan rite adopted by Christ’s followers only after his death. Yes, it’s true.

Easter was the Pagan festival of fertility. The Goddess of fertility was Oestra (Easter).

The land-loving Pagans, who worshipped only the seasons, were slaughtered as heretics but the festivities were retained and renamed to fit the unrelated ascension myth of Christ.

The Pagans held festivities for each season… the winter festival of St Nicholas (Santa Claus) where everyone exchanged gifts, became “Christmas”.

There were Yule logs, holly trees and hot puddings. What the hell all that had to do with Christ’s birth must have been a complete mystery to the few remaining Pagans.

Oh, well I guess I should be chuffed that all these religions hate each other more than they do me, an atheist.

But I do try to give my kids the best education. Many good schools are religion based and I often wondered why religions are attracted to children’s schooling as a business. I mean bakery, fishing or carpentry would seem more apt.

I put it down to the Jesuit, Francis Xavier: “Give me a child until he is seven and I will give you the man.”

I think Francis was right, because this year I settled my 5yo daughter in the Lutheran (Catholic breakaway) Trinity College, but not before I was assured by the principal there would be no indoctrination or overt religious talk of a fearful hell or other occult stuff.

“Oh no, we are not like that”, I was told by the principal. I felt reassured.

Then, in the second week, she came home with a cross drawn in texta in the middle of her forehead. Furious, I called the school.

“Oh, we do that all the time, it’s a really big ceremony at Easter.”

Well, not for my daughter it isn’t, because she is no longer there.

I believe in freedom. People should be free to take drugs, leap off cliffs, join any religion, indulge in occult ceremonies, anything that doesn’t hurt anyone else.

But I draw the line at religious indoctrination of my innocent children who are free to experiment at an older age. Some have and I respect their choices.

But a child can be convinced that the colour red is actually green and no institution, religious or not, should be given that sort of power over little children.

Anyway, happy Easter! Because, now I have upset a few people, I’m off to get pissed with a few mates.

That’s my Aussie symbol of Easter… and I sincerely hope you enjoy yours.

BOLTON BEHIND HER BAILING

WHY RUDD’S ETS IS A SUPER CON