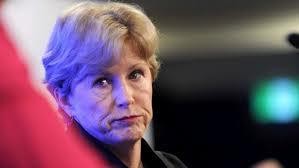 Christine Milne’s decision to dump the toxic Gillard was one of self preservation and paradoxically Gillard is tickled pink.

The Greens have seen their polling fall as low as 8% as a result of electoral polarisation and the linkage with Labor.

Labor has been vociferous in blaming the Greens for their own demise.

There would have been no carbon tax without Gillard’s decision to deal them into government. That was their price.

I felt a touch of momentary sympathy for Gillard in that she had no choice if she wanted government. Then I quickly got a grip of myself.

Gillard and the Greens both hate the same things, only the Greens more so. Make no mistake, the Greens want the coal industry gone now and the mining industry mortally wounded.

Labor dilutes exactly the same aims to make it somewhere near a palatable timetable.

But dumping Gillard is of pyrrhic proportions as the Greens would never side with the "abominable" Coalition under any circumstance except for the anomalous Malaysia people swap, and that was for different reasons.

The Greens will always be the radical arm of Labor’s Left, as is evidenced in voting preferences.

But it’s interesting… the Greens and Labor could never afford to be linked in a three-legged race against an unencumbered Abbott.

The Senate is up for grabs but at least the battle lines have been drawn. It’s back to normal…

UNIONS MIGHT LOOK WELL FED BUT THEY ARE SLOWLY DYING