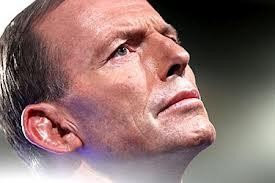 McTernan’s dumb tactics have proved disastrous and a gross underestimation of Aussie nous.

The Left of the media is now looking for a place to hide as things worsen daily for this woefully inept government.

The budget is blowing out even further while Wayne Swan is back home in Russia extolling the virtues of deficit spending.

Gillard is running out of billion dollar “initiatives” and panic sweeps an enervated Caucus.

Abbott even feels secure enough to promote his policy nasties:

Public Service to be slashed by 20,000, taxes to be imposed across the board, many of Gillard’s “initiatives” on hold, not to mention Abbott’s IR reforms, a Royal Commission into the unions and penalties for union fraud to be on a parity with corporation crime.

But he is fully aware of the storm clouds gathering above such a potentially lop-sided Parliament.

Polls of this proportion, if accurate, spell danger for any incoming government. It is impossible to manage 100 ambitious egos of any political colour.

Queensland’s Campbell Newman left Labor with a mere handful of seats at last year’s election massacre and the result has not been good for either side.

It is impossible for Newman to keep 78 Members entertained and they are leaking badly to Katter’s little goup.

In Abbott’s case it could be an unwieldy 100, mostly discontents, with little chance of joining the inner sanctum and no chance of the dream of a Ministry.

Abbott would be battling to know them by their first names.

Newbies in government always have their pet projects but they can never be realised under the conditions of an electoral bloodbath. They become lost in major policy.

Disgruntled, they form outer groups and often break away causing the ruling Party grief on the way.

Conversely, the decimated losing Party has little to choose from.

Few will have the ability to hold down a shadow portfolio let alone justify the position of alternative Prime Minister.

It can be a long way back for the vanquished.

Labor and the unions will pay dearly for the Gillard experiment and there is further damage in store.

It is not just the polls. Caucus is excreting bricks in sheer fear of the coming AWU fallout.

The Teflon has eroded from their fallible princess and something must be done to keep the damage to disastrous.

They could start by deporting John McTernan.

IF LIFE IS NOT IMPORTANT, WHAT IS?