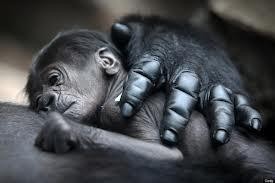 Tony Abbott is off and running and there is no doubt McTernan will arrange to have Catholic Tony attacked this year on the difficult and divisive subject of abortion.

The opportunistic Catholic Church didn’t ban condoms for no reason and anyway all its edicts were designed to further the economic and numerical interests of the Papacy, not its parishioners.

Celibacy was to keep Priests’ minds on the job (that didn’t work) and the "evil" of birth control was to keep the numbers coming through the system (that did work).

Forget the canon 1251 nonsense of penance and fasting. The apparently illogical "no meat on Fridays" edict was designed solely to assist the flagging Roman fishing industry.

Anyway, back to abortion and the number of "unlikes" I will cop.

On one side I see so many of my friends enduring years of painfully unsuccessful IVF programs and bereft others embarking on the tortuous path of adoption.

On the other side I see feminists declaring their right to kill what is genetically only half theirs.

What a terrible waste of a life that would otherwise be loved and nurtured by willing couples.

Like Julia Gillard, I’m an atheist, pig-headed and not particularly moral but I part company with her position on abortion.

I suspect she has mellowed since she first promoted married women as prostitutes and advocated late term abortions. But Gillard’s disgusting perception of life doesn’t vanish with age. It just gets rearranged so as to be more electorally palatable.

Are we the only species that does this, simply because we can?

Anyway, I have 11 children and 17 grandchildren and, although I’m fast running out of broodmares, I simply can’t imagine one of their little lives being snuffed out at any stage of their beautiful development.

And when I’m gone please consider all those who would love to have a child, but can’t.

Now you are free to unlike me.

I WONDER WHERE HE GOT ALL THOSE PIECES OF SILVER