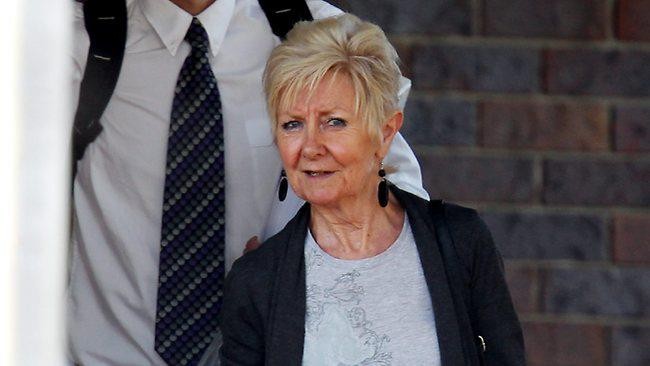 Caucus members are reaching for the Mylanta as the AWU fraud scandal is set to derail McTernan’s dirty plans for Gillard’s re-election.

It seems not only the PM has used the off-season to correct a few bodily imperfections. Julia may have bumped into Joe Hockey as he was coming out of lap band surgery.

Both sides are taking this coming election extremely seriously but physical appearances are likely to take a back seat when it comes to the gangrenous AWU scandal.

Julia Gillard’s newly discovered sweet smile will disappear when she reads this morning’s The Australian.

The naysayers of the Press were trusting the scandal would be lost in Xmas cheer. But why would an honest journo revisit the matter over Xmas? It would receive little attention in the haze of goodwill and alcohol.

Two days spent interviewing one legal secretary indicates the serious nature of the investigation. It is also indicative of the value of Ralph Blewitt’s disclosures.

It would have been easy to dismiss Blewitt’s statement as 17 year-old rumour but it wasn’t dismissed and there are many other witnesses to corroborate his claims.

Olivia Palmer will not lie to protect Gillard nor will ex AWU Secretary Tim Daly who is holding extensive documented evidence.

Nor will Bill the Greek Telikostoglou (or "Bill the bullshit artist" as Gillard refers to him as).

Bill, who is returning from Greece to be interviewed by the Victoria police, was the former bodyguard of Bruce Wilson.

A 6" 2′ tall ex AWU heavy with a pony tail, Telikostoglou scarpered to Greece when the scam was discovered in 1995. He was also accused of defrauding thousands from the Victorian Greek community.

Telikostoglou may well escape prosecution on other matters by telling the truth.

But there are other ‘persons of interest’ on the Victoria police list:

Bob Kernohan will certainly not lie, nor will Rob McClelland.

And Julia Gillard? Well, she is certainly not averse to telling the odd lie but it will be impossible for her to know what other witnesses have said. If police decide to interview the PM, she appears a gonner either way.

One thing is clear, police are taking this matter seriously and the cloud of suspicion will rain on all of Gillard’s coming election parade.

Can Caucus replace her and escape the worst of it? No, not really, they have punted every last cent on her in a last hurrah. There is no escaping now.

It will take much more than a manufactured sweet smile, new gear, a cute dog and a spot of liposuction to make this PM aesthetically acceptable.