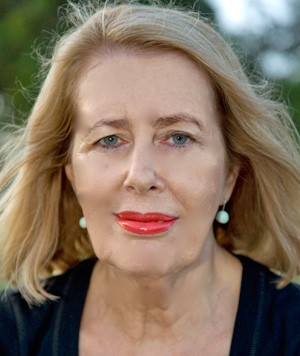 The worst of radical womanhood is to set to have a meaningful role in this year’s election.

I had never heard of a person called Ann Summers (not sure Ann is with or without an "e" and I couldn’t care less really) until she said somewhere that my scribblings were responsible for Jill Meagher’s murder.

So, I decided to Google this Summers woman to find out what other garbage she promotes.

Ah, I know, I’ll try that ABC site "The Drum". They would love this sort of thing. Sure enough there she was with lashings of iridescent red lipstick attempting to imply hormonal arousal.

And much more of the same delusional drivel… I simply couldn’t bring myself to read it closely but I did notice that Abbott was a misogynistic “Neanderthal” and that Julia was an enlightened lovely person of courage all women could be proud of.

There was also something about Peta Credlin’s lack of judgment in using Tony Abbott’s office fridge to store her IVF injections. And a bit about Summers’ own abortion and that Right to Lifers couldn’t be feminists.

This Summers woman is obviously a bitter, twisted little Vegemite with a ton of baggage but she’s an adored darling of loony tunes Leftists like Christine Milne and Lee Rhiannon.

These two Green gophers are Summers’ fans and were unsurprisingly congratulating some idiot who had fraudulently wiped $314 million off the value of Whitehaven’s mining shares on the ASX.

”…part of a long and proud history of civil disobedience, potentially breaking the law, to highlight something wrong”, Christine Milne noted.

Blimey! These people are governing us and Julia Gillard noticeably didn’t distance herself from her colleagues’ views.

Then again Gillard has always been quite tolerant of her own illegalities.

That’s just a few… and all ALP luminaries. Even the PM and her boyfriend are likely to face $2 million fraud charges later this year.

Who the hell is governing us while this feminist handbag brigade pushes the diversion of Abbott’s misogynistic wall punching?

This Summers woman has her prune-like ovaries in a knot over anything and everything but to the "ladies" of this Parliament she is a breath of diversionary fresh air.

Don’t look too closely at this unrepresentative group of Parliamentary females. It’s not pretty in focus.

Give me a normal decent woman from a list of the vast majority. A yummy one who isn’t destructively confused by her own sexuality like Summers.

An intelligent one who smells nice and doesn’t reside in a political sewer.

NO CHOICE NOW… the Gillard experiment is dead