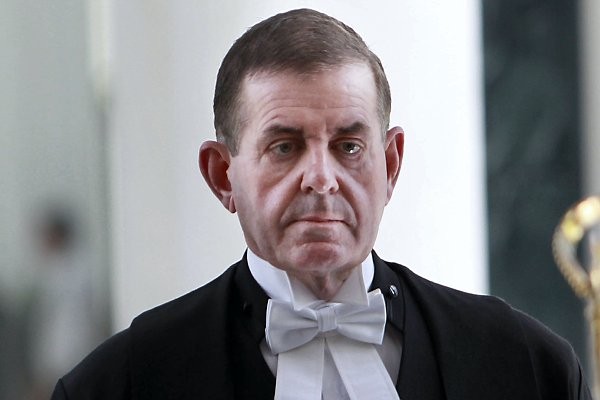 In ruling the Slipper case not go to trial, Justice Rares, said the reason was because it was "politically motivated". Mmmm, really?

It was my understanding Judges dealt in evidence not suspected political motivations.

Justice Rares, known for somewhat dodgy precedent rulings in other matters, has ventured a ruling that in itself appears "politically motivated".

In deciding whether a case should go to trial he should consider only the prima facie evidence and the likelihood of a conviction on the balance of probabilities, not the complainant's "suspected political motivation".

As I said a few months back (and copped flak for it) Slipper will not be convicted of any charges, including the fraudulent use of cab charge dockets. The reasons I gave at the time were these:

Mal Brough, who had gained LNP preselection for Slipper's seat of Fisher, stands condemned. There is little doubt he at least advised Ashby in the hope of a Slipper conviction thereby further reducing Gillard's numbers by one. But Brough will weather this storm because Attorney General, Nicola Roxon's $50,000 pay-off, was no less interventionist.

The Federal Court's Justice Rares has effectively ruled in Gillard's favour as would have Gillard's complicit "plant" Justice Bernard Murphy.

Slipper of course can never again be Speaker. His reputation has taken another dive but not his remuneration. Gillard has seen to that with her offer of Committee appointments at $30,000 a time and he can continue his pointless, all expenses paid junkets.

The odd part is Rares' ruling. There is no excuse for a Federal Court judge to throw a case out on the basis of political implications or suspected "motivations" dressed up as abuse of process.

It appears the Federal Court has become politicised… and look no further than Gillard for a culprit.

LET’S BLOW THE LID OFF THE NUCLEAR DEBATE..

A FLAT RATE OF TAX IS THE ANSWER