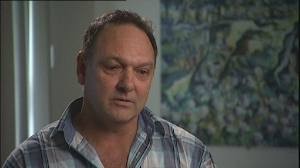 I was expecting Bruce Wilson to be quite convincing, a pre-requisite of a con man, I thought. But after the first minute of the ABC interview I turned to my wife and said, “This prick is actually going to deny everything!”

Certainly he was expected to deny Gillard’s involvement but how could he have kept a straight face when saying it wasn’t union members money that was, um, did he say borrowed?

Has he told the AWU that?

It was not only union money, it was also taxpayers’ money that was given to Thiess as a union training grant from the WA Labor Government.

Thiess deposited it into Wilson’s dodgy Northbridge account. Then it disappeared. No training. No explanation and no complaint from Thiess.

It was also union members’ money that disappeared from a funeral fund. Golly, isn’t Wilson abreast of his own criminal exploits? Or, is he like his ex and in complete denial?

With his body language screaming, “I’m lying”, Wilson actually explained that it was all Blewitt’s doing. Didn’t it occur to him it was he who was acting for Blewitt under a Power of Attorney.

Thousands of questions were begging to be asked and the young ABC reporter, who was obviously caught unawares, didn’t ask one of them.

The clip was so heavily cut to delete her “bloopers” it became out of sequence and left the whole interview up in the air.

Wilson said, "I went to her (Gillard) and said `look can you fix it whatever it is that needs to be fixed?’ It wasn't a big issue, it wasn't like oh jeez, let's call in half the Slater and Gordon crew it was a simple matter that needed to be done, she did it, end of story.

"Simply there was some forms that needed to be filled out in a different manner. It was a bit like going and asking, for example, this form didn't look right…what do we need to do? She made the necessary changes, I told her Ralph was going to then re lodge the forms and she said if that's the case I better fill this out."

Well, well, well… she filled it out and made the necessary changes, eh? So Gillard obviously knew what she was doing eh? And why were these changes necessary?

Well, because the first attempt at the fraud was obvious to the WA Corporate Affairs Commission, that’s why. Gillard must have been wringing her hands in anguish hearing that!

So, you don’t have to be that smart after all if you want to rort your union’s members. But when he mentioned Blewitt had buried the dosh in his back yard I figured it’s better if you are a complete dork!

And when he said (wait for it) the dosh had been ruined and had to be destroyed, I thought it’s obviously better if you’re a deranged, brain dead, schizoid on life support with the plug about to be pulled!

Perhaps Wilson should have checked when our indestructible polymer notes became legal tender. It was in 1988 and it is a simple matter to take damaged notes to a bank for replacement. Ooops, better not do that.

One thing quickly became clear to me:

Wilson could not have possibly got away with rorting millions without the help of a good Industrial Lawyer.

And isn’t that exactly what he just said?

It’s quite scary that ALP supremo, Bill Ludwig, was openly grooming him as the next Labor Prime Minister.

If he hadn’t been caught he could be PM now, with his girlfriend as deputy.

Blimey, I off for a stiff Scotch.

PROTECT YOUR KIDS FROM THIS MAGGOT