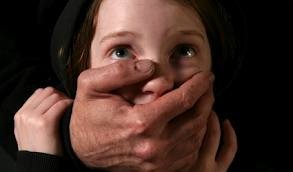 Don’t expect too much. Child abuse is endemic and can’t be confined to paedophilia. Abuse is entrenched in Aboriginal, Islamic, Indian, theological, social, sporting, scouting, educative, health, pornographic and politically sensitive groups. Not to mention on-line cultivation of minors.

It is not a State or even a national tragedy. It is international. Our paedophiles’ playground is an obliging Asia. Is that to remain an unconsidered haven? If it is, where will the deviates flee to before they can be called?

Gillard phoned only one person of interest before announcing a Royal Commission… the reticent Cardinal George Pell. Why Pell?

Should terms of reference include or exclude sexual mutilation of minors? Mental or physical abuse? Religious indoctrination?  Corporal punishment?

Where should it rightly cease? Who will draw the line when kids are hurting?

A politician will… and there lies the problem. What atheistic or catholic politician can we trust and if we could, who possesses the sagacity to decide the terms of inclusion and exclusion?

What potential Commissioner is untouched by, or unrelated to, these vile practices? Is a Commissioner to declare an interest? If he should, would he?

The inevitable twists and turns will lead one hundred legitimate Commissioners to distraction and down a thousand rabbit burrows.

How many critical submissions will go unheard? Everyone knows someone with an awful tale that must be told.

A Commission can make findings but can bring no charges and a thousand culprits will die before courts can hope to cope.

Gillard says, “…terms of reference before Xmas”. Don’t hold your breath. That level of optimism implies she hasn’t thought it through… a giant political football is looming and there are people who need to be politically protected.

But we surely must start somewhere on this mission impossible.