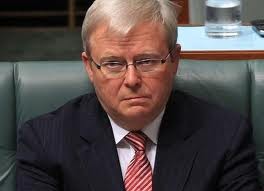 Members of Caucus want the Wilson/Gillard scandal enlivened in a clear attempt to undermine Gillard.

Those who despise her are equal in passion, if not in numbers, to those who support her. Information on the scandal is dribbling from all directions but the information is not new.

The pro-Gillard sector claims no smoking gun. The anti-Gillard sector claims a melting cannon. The demonstration of unequivocal hypocrisy in the Slipper motion underscored the dissatisfaction with Gillard within Labor ranks. Believe it or not, there are still people of principle in the ALP.

Gillard’s escoriation of Abbott, to those who understand politics, was merely a diversion from the main game. And the main game was that Gillard had been aware of Slipper’s sexist, misogynistic filth four months prior. Abbott wanted him removed from the Office of Speaker. Gillard didn’t.

So, understandably, Gillard’s defence of the indefensible Slipper, actually amounted to no more than a lame reference. Her vitriolic rhetoric was aimed squarely and exclusively at Abbott.

Gillard’s non-defence of Slipper, and her (Albaneze’s) ill-advised recruitment of him, left even Labor backbenchers scratching their heads, while our lovable Left Press were content to praise her “performance”.

It was astonishing and left her fragile supporters to attempt to explain the inexplicable to media.

Rudd smells blood, probably his own, but those in Caucus who want Gillard gone are now emboldened to leak already digested, pointless “evidence”.

It’s not the pointless “evidence” that matters, it’s the level of dissatisfaction within her own Party that really matters.

MAY VOTED ‘REMAIN’ SO SHE MUST GET THE HELL OUT OF...