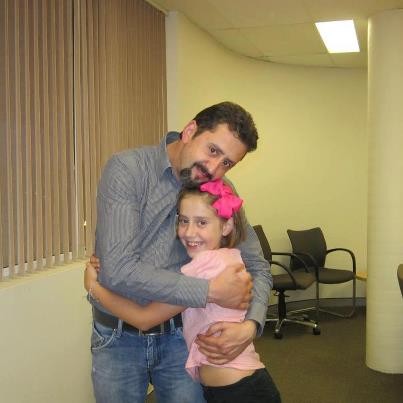 Tomasso had picked his two older girls up from the airport and all was well. They were tired but settled and appeared to be looking forward to getting home from the long flight and reuniting with their two younger sisters.

It was about 10 k from home when the eldest girl’s mobile rang. Channel Nine was camped at the front gate. “How could they have known our address?” asked Tomasso. “Mum told them”, said the younger girl.

The mood in the car quickly changed as they approached the vineyards separating the driveway to the house. An orchestrated media scene was about to unfold. This was the worst possible time for the media to be at their home.

According to a relative who did not want to be named, all hell broke loose. It seemed almost rehearsed. Both girls refused to enter the house and clung to the front gate. Tomasso was able to rush the younger girl inside but the eldest girl refused to let go of the iron gate, screaming and insisting she wanted to go back to Australia.

The standoff seemed endless with the Channel Nine cameras soaking up every bit of footage with enthusiasm. Tomasso begged them to leave without success. A scuffle broke out with six media people who seemed to be egging the eldest girl on.

[It is unlikely that Channel Nine would have taken six media people to Italy. It is more likely that some were recruited from a local TV station.]

Tomasso was knocked over, injuring his leg and hand in the gate. It was almost an hour before he had convinced his daughter to go inside and talk about it. The media departed after the police arrived. Tomasso then attended the local hospital for treatment before returning home to the girls who had immediately become settled again.

Tomasso has asked for privacy for his girls who are suffering from two years of media stress.

The relative was particularly critical of the Brisbane Courier Mail and Channel Nine for causing “extreme and unnecessary further stress to the family at a very difficult time”.

It seems the mother knows no bounds in organising media and instructing the girls on how to maximise “good” footage.

Tomasso still refuses to be critical of the mother’s actions preferring to insist his aim is to try to heal the damage that has been done. “Please leave the girls alone so they can resume a normal life”, Tomasso pleaded.

“Everything would have gone normally if only the mother had agreed to return with the girls as the Australian Judge had recommended. Tomasso just wants peace for the girls and he has agreed not to take any action against the mother”, the relative said.

It will be interesting to see how the Italian Press treats the story in the morning.

It will be even more interesting to see what the mother has in store for the next episode in her planned TV series.

A FLAT RATE OF TAX IS THE ANSWER