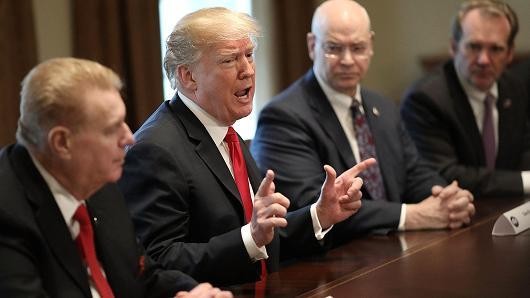 Donald Trump is miles ahead of the DC beltway and even further ahead of the Australian media who are crying doom and destruction over his threats of aluminium and steel tariffs.

Australia’s Bluescope would be only marginally affected but it has larger plants across the rustbelt and Washington State that would benefit to a forecast $US200 million.

Hasn’t anyone in the ABC or Fairfax noticed that Trump prepares very well for every battle? What he is doing now is gathering his chips for a game he intends to win… that’s what he always does.

He puts himself in a position where he could hurt his opponent if necessary before he sits down to negotiate. Otherwise he can't win

This time he is scaring the crap out of Europe and China with steep tariffs. It is they who have been gaming the system for centuries and he had foreshadowed (indeed promised) that he intended to stop the trade imbalances all through his election campaign.

Why does the Left complain so bitterly when all he does is exactly what he promised to do?

Back to Bolted-Down Industries

ABBOTT, BISHOP BACK THE WRONG HORSE