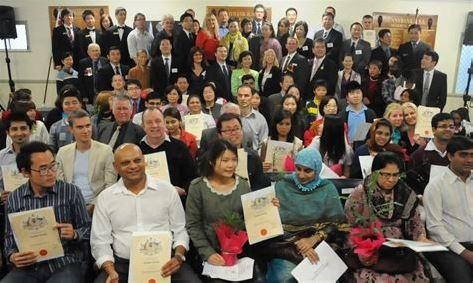 George Megalogenis is a Greek-Australian and a leading multiculturalist. He recently penned an  article in the Sydney Morning Herald admitting that Australia is splitting ethnically. In the article, he said that:

"Capital cities  have separated decisively from their states . . .  Newcastle is almost twice as far from Sydney  as Geelong is from Melbourne, but it is uncanny how their ethnic faces align.

Almost nine in 10  [people in Newcastle] were born in Australia, and the Chinese and Indians  together form just 1.2 per cent of the population.

Like Geelong,  Newcastle is caught in a 20th-century time warp, with its top two immigrant  communities coming from England and New Zealand." (SMH, 25th January  2019).

Megalogenis is horrified that these enclaves of Anglo Australians remain. Sadly, this is a typical attitude among those who champion minority interests over those of the majority.

Like Bernard Salt and some other demographers, he sees the big cities on the Eastern Seaboard as becoming more Indian and Chinese while the countryside and smaller cities remain Anglo-White.

These elites and pro-diversity demographers admit that due to the policy of mass indiscriminate immigration – a policy they have championed for decades – Australia is no longer one country; that if the policy continues Australia will become an outpost of the huge Indian and Chinese nations. 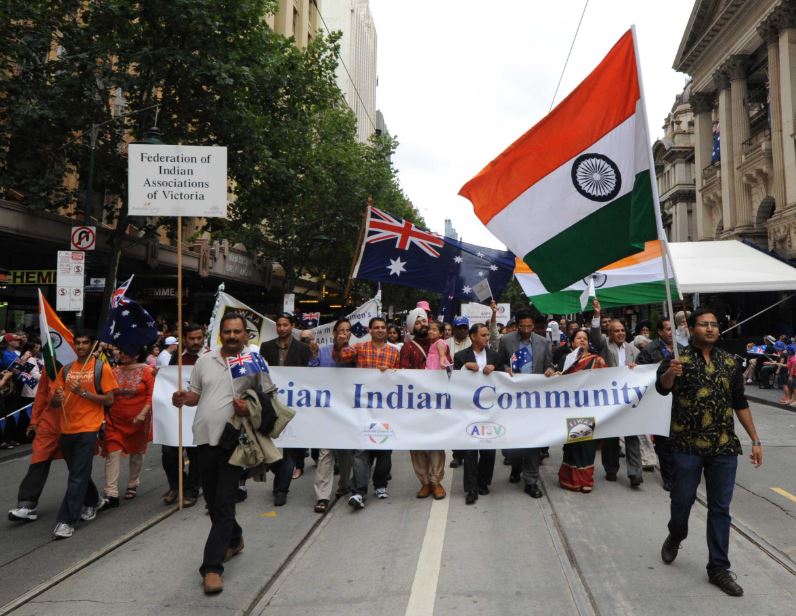 They laugh at the idea of a “crimson thread of kinship.” Sir Henry Parkes, inspired by the great philosopher John Stuart Mill, believed that this crimson thread tied the colonies together into a nation.

They ignore the scientific evidence that ethno-religious diversity degrades social cohesion. They never bother the public with information about when the majority will cease to be – when White Australians become a minority in their own country.

For some reason they don’t think this event would be like falling off a cliff. Instead they boast that the big cities – Melbourne, Sydney and Brisbane – are being transformed into vibrant Eurasian identities while the countryside and smaller cities remain part of White Australia – the nation that explored and settled the bush, created the farms, highways and cities, produced federation, and for which the ANZACs fought and died in two World Wars.

Megalogenis’s attempt to bury us, is a variation on journalist Greg Sheridan's declaration regarding the focus of his 40-year journalistic career. In 2014 he said:

“Almost from the first  words I wrote for public consumption I have strongly supported this policy  [Asian immigration]. It has resulted, incidentally, in a kind of benign  cultural genocide. The old race of “Austral-Britons” is gone forever.”

There is not a hint of apology. Instead establishment intellectuals such as Megalogenis and Sheridan express minority triumphalism. They reveal the demographic destiny they wish for the country – anywhere but back in the direction of a confident, united and predominantly White Australia. It’s essentially an anti-White death wish.

Megalogenis then reels off the following tired multicultural talking points without acknowledging the many scholarly and scientific objections:

•  That our ancestors stole Aborigines’ land

•  That Australians should “atone for the wretched start” of their nation

•   That diversity is an unqualified success story

•   That the only way to unite the “vibrant diversity” of the  “Eurasian capitals of Sydney, Melbourne and Canberra, the Pacific capital of Brisbane, the Anglo capital of Perth and the [Anglo] cities, towns and regions of old Australia”, is to stop talking about our Western Christian origins, about the Historic Nation that built Australia, and instead adopt a new identity.

And what does Megalogenis think the new Australian identity should be? Well, he thinks that Anglo Australians should think of themselves as the culture that welcomed his ancestors and all the other minority immigrant communities.

That’s who we are according to multiculturalism – a people that welcomes ever more diversity. 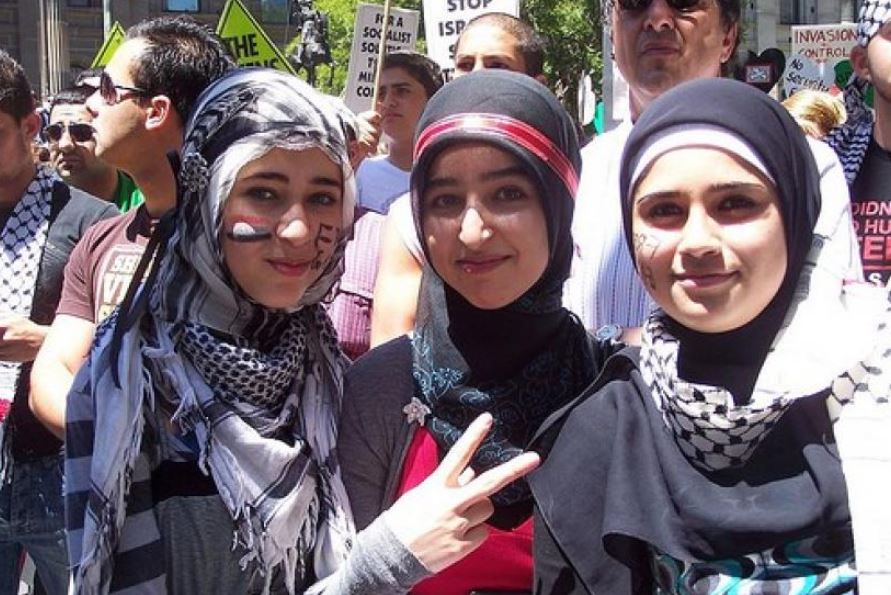 Think about that for a moment. Megalogenis wants Australia to define itself in a way that benefits his own particular people.

He wants us to think of ourselves as the nation that was kind to his ancestors. We should not think about, nor teach our children about, our own ancestors, but about his ancestors.

I suppose that shows compassion and some altruism – just not for Australia.

That pretty much defines the multiculturalism that was forced on us by our globalising elites. In their eyes, Australia has no legitimacy, no meaning, beyond welcoming more and more immigrants – from everywhere.

This stance has the appearance of ethnocentrism for Megalogenis’s immigrant community, which he imagines is still separate from the mainstream.

How else to explain his apparent contempt for the Australian nation? Of course, George Megalogenis is welcomed on to the mass media where he made his career. Of course, he is featured on the ABC and SBS.

I should add that his contempt for us is not typical of Greek Australians, the great majority of whom have assimilated while sharing elements of their culture. 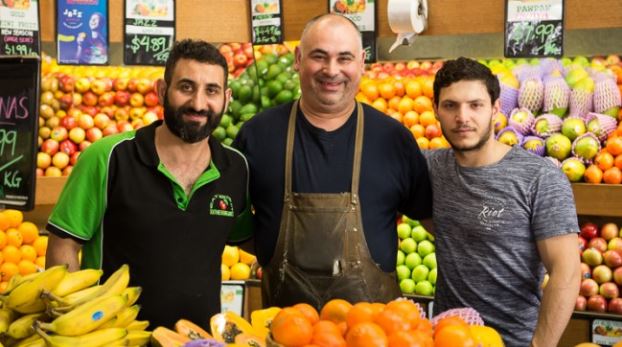 They love Australia and Australia loves them – but not the globalist professional ethnics among them who would kill the nation that took in their parents.

That is the tribal reality of multiculturalism. Not one of our major parties stands against it. Instead they all support massive indiscriminate immigration – in perpetuity.

Even One Nation, which made a show of opposing Asian immigration and more recently Muslim immigration–has failed to develop a positive, realistic idea of the one Australia that needs defending.

All the other Australian political parties are promoting the interests of minority ethnic groups who want to increase their share of our demographic pie.

Australia should have at least one party that stands up for the group interests of White Australians. My Conservative National Party offers itself to the Australian people as the only party that explicitly stands for a predominantly European Australia.

That does not mean that we are against non- whites. In fact, we are passionate about defending the individual rights of all Australians without fear or favour.

Citizens’ rights such as freedom of speech, freedom of religion, and the right to vote must be defended. Few of my fellow politicians have the courage to do this. 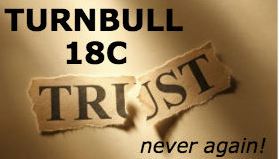 However, whilst I believe that all citizens have individual rights, only two peoples have group interests deserving of government protection. These are Anglo Australians, and Aboriginal Australians.

These two groups constitute the first nation – and the first peoples.

For the last half century governments have done the reverse.

They have supported minority rights over those of the majority. That is the multicultural insanity – the undemocratic and bureaucratic tyranny – that has resulted in the ongoing break-up of our country’s identity.

But the multiculturalists are trying to dance on our grave too soon. We are not gone. We are still the heart and soul of the nation. We may be aggrieved and trampled-upon. Our children may be indoctrinated against us.

The ABC and SBS may hate us and wish us replaced, but we are still here and made of the same stuff as our pioneer ancestors who built this country.

Our crimson thread survives in most parts of the country and even in large areas of the besieged cities. 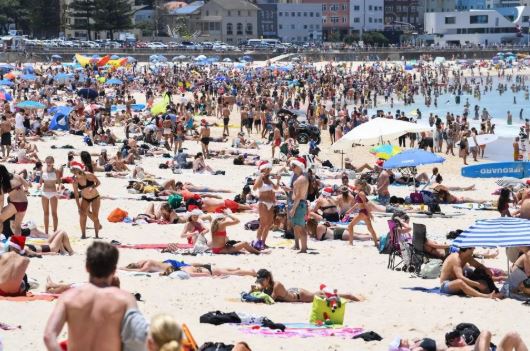 We are the nation and we intend to take back the reins of government, or at least steer them away from the demographic cliff to which our out-of-touch elites are pointing them.

Stabilising our identity will benefit all Australians and thereby return the country to a sense of security where the founding nation no longer feels under siege.

Diversity must be managed. It should not be allowed to get out of hand as it has since the 1970s. None of us benefit from communal conflict or from falling trust and cohesion. Therefore, everyone has an interest in preserving the core identity of the country in which they live.

That is why it is in the national interest to change immigration policy, so as to keep Australia predominantly European.  We should maintain the crimson thread that unites the nation.

Within a few short decades, every White nation on Earth will see the European population become a minority. Since they are all democratic, Whites will lose political power in every nation on Earth.

They will be outvoted by Chinese, Africans, Indians and Arabs who always vote for more immigration for their own people. What if this doesn’t work out well for those indigenous Whites?

Where will they flee if things go badly? Can’t we keep just one country in the world as a majority White country. Australia is one of the few countries in the world which is large enough if things really do go bad.

That is why I advocate reaching out to White South Africans to offer them sanctuary at a time when the political and technical infrastructure there declines. I do this because they are kindred people to Australia’s Anglo core. 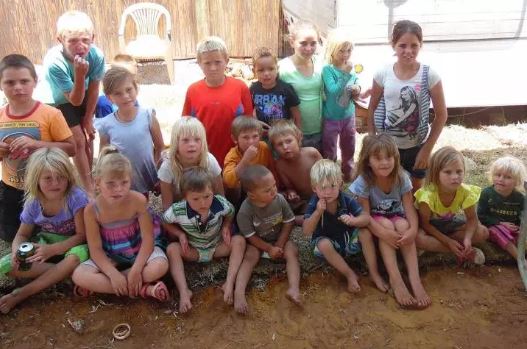 Australia should offer a sanctuary to other peoples of European descent who are fleeing persecution. Political correctness has reached alarming intensity in Britain.

London is a minority English city. Many Dutch are fleeing their country as the tide of Islamic and African crime and terrorism rises.

It’s time for an in-gathering of our people, to return to the wise immigration policies that built the nation.

It’s time to recover the unity, peace and accord that were once Australia.

TRUTH VS. FICTION: A COMPARISON BETWEEN MARICOPA COUNTY BOARD OF SUPERVISORS’...