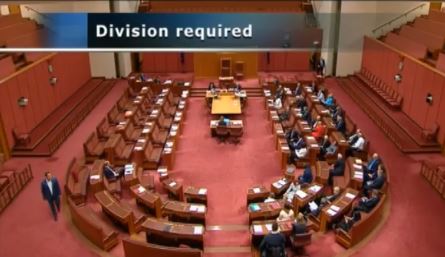 I would just like to say a big thank you to all of my supporters who lobbied the AEC to complete the registration of our Conservative National Party.

We have had huge support but clearly, with only weeks to go before the election, it has been extremely challenging to prepare for the event.

Still, against all odds, we have managed to find Senate candidates for every single State and Territory. We have filled every single lower house seat in Queensland and a significant number in the other States.

Our main focus now is organising our preference recommendations. Unlike other parties, we will be preferencing based on the suitability of the other parties and candidates. We will not preference in a way that we think could lead to a Shorten Labor Government.

In every case, we will ensure that The Greens come last, just below Labor. Liberals will always be ahead of Labor in case the vote goes down that far.

The one exception to that rule will be in the seat of Cook, which is currently held by the Prime Minister Scott Morrison. If he loses his seat, there is a chance that the Liberals will once again be led by a more Conservative candidate.

That would be bad for our party as many disaffected Liberal voters would go back to the Liberals. However, it would be good for Australia and that is what I care about.

Our preferences will then be directed from the best Conservative candidate to the least suitable. We will also, where possible, be trying to take into account which candidates have a better chance of success.

Our how to vote cards are not yet ready. Once they are, we will be making them available to print out. Keep an eye on our website HERE and consider printing some of them out and passing them around to friends and family.

Whilst there are a number of different parties on our side of politics all promising to do the right thing, there is one thing you need to keep in mind when filling out your ballot paper.

Whilst all of us are saying similar things at the moment, once elected to Canberra, there are enormous pressures to conform to the status quo. Most of those elected will simply fall in with the politically correct consensus and refuse to rock the boat.

As you have seen, I refuse to bend before the howling media and the baying twitter mobs. I will not be cowed into rubber stamping their evil agenda.

We have had precious little time to prepare our campaign, but I hope you, the Australian voters will look past this fact and Vote 1 Conservative National Party.