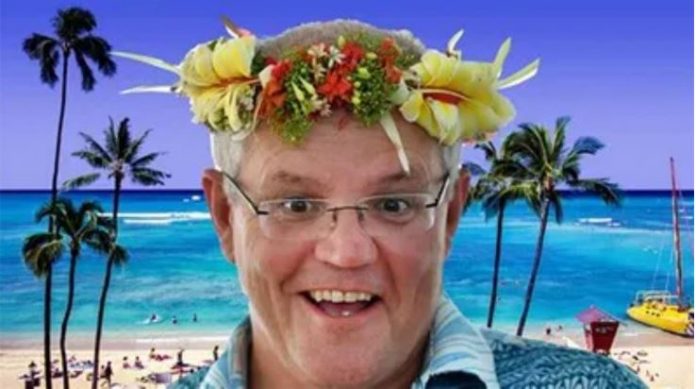 Regular readers will be familiar with George Christensen who is a Richardson Post contributor and veteran of the Australian Federal Parliament.

Sadly, George is finally leaving the Government to spend more time amongst sane people, and who can blame him.

This is a great loss for Australia as George was one of the few politicians prepared to buck the agenda of our Deep State overlords.

Looking on the bright side, he will have more time to contribute articles to the Richardson Post (hint hint).

His resignation letter is a doozy and when you read it, you will get a feel for the magnitude of the loss that George’s resignation represents.

We wish him well whatever he chooses to do after leaving the cesspool that the Federal Parliament has become.

George’s resignation letter and commentary on it is printed below with his kind permission.

This week I bade farewell to my membership of the Liberal National Party with this blunt letter to the party’s state secretary:

The current parliamentary term is just days off from drawing to an official end and, as such, I have fulfilled what I believed to be an ethical obligation to serve during that term as a member of the party under whose banner I was elected.

With this obligation now effectively ended, I hereby resign my membership of the Liberal National Party effective immediately.

My resignation should come as no surprise given the public disenchantment I have expressed about the party’s direction, particularly its support of a net zero target and, more so, its failure to take action against vaccine mandates and destructive pandemic policies. I could go on, but this letter is not the time and place for it.

Please know that this decision has not come easily. I have been a member of the party for almost three decades, and know that my decision will upset many, and cause the loss of existing relationships and friendships.

The party needs to undertake some serious soul-searching about what — and who — it stands for.  If it wants to be all things to all people, including the Left, then it will do so without the support of conservative voters, and this will see it inhabiting the Opposition benches for many a moon.

Many of the reasons I wrote this letter were outlined in my valedictory speech to the Australian Parliament I delivered a bit over a week ago.

But, put quite simply, I quit the LNP because the Liberals and Nationals haven’t stood up for you and your freedoms while they have been in government.

This is despite the Liberal Party proudly declaring that:

We believe… In the inalienable rights and freedoms of all peoples; and we work towards a lean government that minimises interference in our daily lives…

Likewise, the National Party’s federal constitution lists the objectives of that party as:

the maintenance of democracy, liberty… (and) a restriction on the size of Government… with the least possible intrusion into the lives of individuals…

So given this belief in inalienable rights, freedoms, democracy, liberty and small government, you have to ask: why did the Liberal and National Parties not act against vaccine mandates and other pandemic policy insanity?

The stock standard response you will get is that the States were responsible for all that and there was nothing that the federal government could have done.

That’s arrant nonsense. The federal government could have done plenty.

For starters, it could have — as I repeatedly suggested — affixed rules to the use of data from the Australian Immunisation Register; rules that banned accessing data from that register for the purposes of terminating someone’s employment or discriminating against someone in the provision of a service.

While the Prime Minister has said he’s against vaccine mandates, there have been countless federal government agencies that have had their own workplace mandates, and a massive federal mandate is in place that prevents non-vaccinated individuals from leaving Australia… effectively keeping us prisoners in our own country.

To be honest, I wouldn’t be surprised to find out that the federal government supported and encouraged vaccine mandates via its secret national cabinet processes.

But this still doesn’t answer why they didn’t act. To find that out you have to go all the way back to 15 September 2015 when Tony Abbott was unceremoniously removed from the office of Prime Minister.

That event — and I don’t say this lightly — was when the Liberal Party lost its soul.

Principles flew out the window for political expediency to the point where the Liberals are now just a vehicle to get people elected and, in turn, most of those people who get elected are there to support whoever is the current driver of the vehicle.

The Nationals, being closely coupled with the Liberals by virtue of the Coalition arrangement between the two parties, only fares marginally better in this regard.

There was a chance when Tony Abbott was knifed, for the National Party to show some real spine and walk away from the Liberals. It was contemplated at the time but quickly torpedoed. I know, because I was the one arguing for it.

So, in the past 11 years while I’ve been in federal parliament, I’ve witnessed the two major centre-right parties emptying themselves of the ballast of principles so that their sails can more easily blow in the direction of whichever way the political wind is said to be blowing. And most of the time it’s only said to be blowing in any particular direction by the legacy media.

This explains some of the decisions that have been made by the government in recent years.

The decision not to lift a finger to end vaccine mandates.

The decision to block non-vaccinated Australians from leaving the country.

The decision to kick Novak Djokovic out of the country for not being vaccinated, despite him having a visa and an exemption.

The decision to sacrifice jobs on the altar of the green/globalist religion that is the theory of man-made climate change.

The decision to bring in a digital identity agenda as supported by Klaus Schwab and the World Economic Forum.

The decision to regulate what’s said by citizen journalists on social media platforms.

The decision to fund ideological gender programs — such as The Good Society — in schools.

The decision to pass laws that will see an increase in the destruction of human embryos for research purposes, and a situation where children will have three biological parents.

The decision to force Big Tech to fund the fake news legacy media.

And then there’s the decisions that haven’t been made that should have been made; like reform of the ABC, outlawing Big Tech censorship and bringing about real religious liberty.

That leads me to the major reason I can’t remain a member of the Liberal National Party. Quite simply, I won’t be voting for them at the upcoming federal election.

To be fair, there are those in the LNP worthy of support because they’ve stood up against the COVID tyranny that was imposed upon us. This includes Senators Matthew Canavan, Gerrard Rennick, Alex Antic and Sam McMahon (now a Liberal Democrat) as well as Wide Bay MP Llew O’Brien.

However, I fear, with the damage the Morrison Liberal National Government has done to itself on a range of fronts (but most notably on the issue of not acting against vaccine mandates), that we are facing an Albanese Labor Government running the country for the next three years at the very least.

What will that look like? Well, think Dan Andrews as Prime Minister. If you don’t think that’s possible, consider the COVID restrictions that Labor have put on journalists who want to join Albanese on the campaign trail, as reported by The Daily Mail:

Any journalist who wants to travel on the Albanese bus must be triple vaccinated, wear an N95 mask most of the time, and take a rapid antigen test every three days.

It gives you an idea of the kind of things Labor thinks it is reasonable to impose upon the Australian public.

Make no mistake, I fear that the election of a Labor government will be the culmination of every woke and anti-freedom agenda you can think of, but I don’t believe we are going to be able to stop it. I hope I am wrong.

Anyway, in preparation for an incoming Labor government, I feel it is the make-up of the Australian Senate that is going to be pivotal for our nation’s future.

Personally, I will be voting below the line in the Senate and numbering every pro-freedom party, Senator and candidate that’s on the ballot. That way we may just be able to get a Senate where the cross bench is dominated by pro-freedom parties and where the Liberal and National parties have enough decent pro-freedom members left among them.

If we can get this outcome, then the Senate can act like the proverbial Dutch boy with his finger in the dike, holding back all sorts of bad laws from inflicting themselves on you, me, our families and our nation. 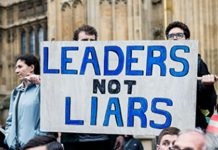 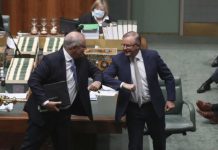 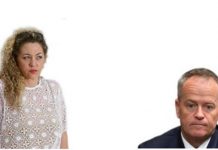 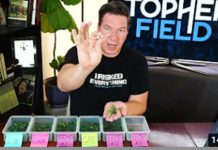