Joe Manchin is a hero for holding the line and killing Build Back Better.

He cited two reasons—debt and inflation—to which all of us replied: well, duh. But in today’s Democrat party, fiscal responsibility is rare and fleeting. So, we should take a moment and sing the praises of this extraordinary accomplishment in the hopes we can inspire more.

Let’s start with the cost. It is often said that nothing is more permanent than a temporary government program. We’ve all been around the block; we know the game: give the public a taste of the government’s bountiful benefits and then vote later—from terra firma—on a bill to maintain the status quo.

This is why it is far more reasonable to assume the permanence of the benefits and to estimate the cost of the bill at $4.73 trillion rather than the $1.7 trillion figure so casually thrown around in the media.

The Congressional Budget Office concluded the added costs of making the temporary policies permanent “would increase the deficit by $3.0 trillion over the 2022-2031 period” above the temporary costs.

While Joe Biden shamelessly tried to convince his base that these new entitlements would actually help inflation, the rational Democrat senators prayed behind the scenes that Manchin would stay strong so they could remain silent and not have to acknowledge publicly that the emperor has no clothes.

We now see how the President and other progressive Democrats have their daggers out for Manchin, which likely only confirms for any opposing Democrats that they were right to keep their mouths shut.

And that is why Joe Manchin is a hero. He knew the daggers were coming and he did it anyway. And to better understand exactly how heroic this was, let’s break it down:

In Q3 2021, these expenses were 110% of tax receipts. Imagine if you couldn’t even pay the interest on your mortgage. That’s where we are as a country.

Here are the basic numbers for fiscal year 2021 (which ended September 30):

Tax receipts are at an all-time high and the Treasury still had to sell an additional $1 trillion in bonds to cover the deficit. These deficits are dangerously inflationary; the Federal Reserve monetizes the debt by effectively “printing” currency out of thin air and expanding the money supply.

In fact, the Fed is now the biggest buyer of U.S. debt as traditional buyers (Japan, China, United Kingdom, etc.) understandably question the wisdom of buying bonds yielding near 1.5% while the rate of inflation is consistently well above 1.5% (it’s like flushing money down the toilet).

Trillion-dollar deficits tell the world that we are being irresponsible with the currency. The U.S. Dollar is the world reserve currency and approximately 80% of those dollars are held outside of the country.

The central banks of other nations hold gold and U.S. Dollars in reserve to stabilize their wealth, but those nations will sell those dollars if they believe other currencies will prove more stable. If (when) this happens, those dollars will flood back into the United States, and that’s when inflation hits like a tsunami.

To date, we have not experienced true inflation. Rising interest rates in the bond market serve as the best signal for true inflation. Present Consumer Price Index increases are predominantly caused by prolonged supply shocks.

Inflation, on the one hand, results from an expansion in the money supply, which generally drives all prices higher uniformly. As Milton Friedman observed, “inflation is always and everywhere a monetary phenomenon.”

No matter the cause (money expansion or supply shock), the resulting price increases are equally painful. The point is this: we haven’t seen anything yet.

If we cannot get entitlements and trillion-dollar deficits under control, then we probably will see brutal inflation such as this country has not seen since after the Civil War.

As of Q3 2021, we officially crossed the Rubicon. We are finally at the point where we can no longer pay our bills and that fact is now painfully obvious to the rest of the world. The demographics are only exacerbating the problem.

But instead of addressing the economic realities, we bury our heads in the sands of Modern Monetary Theory. Build Back Better was like telling the world that we stopped even pretending to care. If that bill had passed, the U.S. Dollar (along with our dominant standing in the world) would have begun unraveling.

The bill was so patently ruinous to anyone objectively looking at the numbers, that it almost seemed an intentional act of sabotage. But giving progressives the benefit of the doubt, we likely would have chalked up the resulting disaster to “more unintended consequences from well-meaning progressive policies.”

Build Back Better was a test. The bill dared us to stand up to MMT. This was not a difficult test for any Republican because Republican voters overwhelmingly reject the theory.

But Democrat voters do not. And this is what made Manchin’s opposition so courageous. He took great personal and political risks. The man is a hero. The least we can do is take this moment to thank him and recognize his achievement. 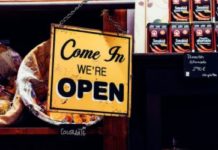