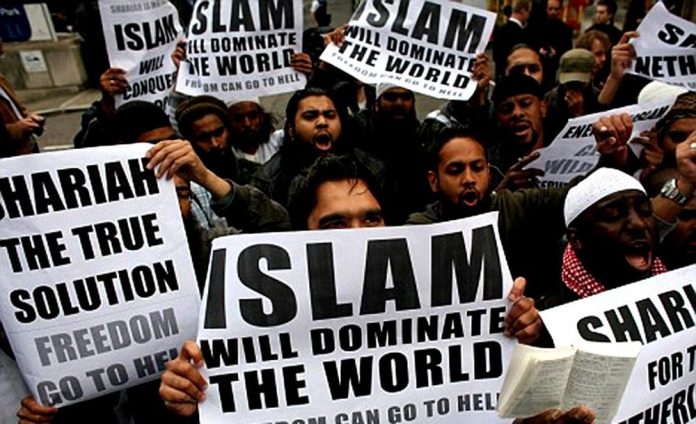 Charter for Compassion International have recently released a guidebook on Islamophobia.

After reviewing it, we can honestly say we had no idea it was such a problem.

The only advice for Muslims contains links to a guidebook which explains:

While this might be useful if you were planning a terrorist attack, we don’t quite see how these would help to reduce Islamophobia. We decided therefore to compile a short guide which can be used as an addition to the original document. Please share this with all of your Muslim friends.

1)    No-Go Zones: Believe it or not, nothing stokes the fires of islamophobia like creating your own no-go zone. Pelting police and ambulances with rocks and Molotov cocktails when they enter “your” area does not play well on the six o’clock news. It is guaranteed to fire up the right wing extremists who look for any excuse to portray Muslims in a negative light. Definitely not recommended.

2)    Hiding your wife and daughters under a burka so no one can see them: This may seem like normal dress code in Afghanistan, but to Australians, it’s just plain weird. Traditionally in Australia, wrapping yourself from head to toe in black with just your eyes showing is sinister and creepy. Marrying a girl and then being so paranoid that you won’t let anyone else see her is also considered sinister and creepy. If you can bear to let other people see her face at least, it will go a long way to reducing Islamophobia, particularly if you are on Cronulla beach perving at Aussie girls in bikinis.

3)    Making non-Muslims buy Halal food without realising and then slugging them with a hefty bill for the privilege: Have you been on the Halal Choices facebook page lately? Even when Bilal Skaf and his mates were gang raping girls and calling them “Aussie sluts” I never saw Islamophobia like this. The message from Aussies is clear. Whatever else you might defile, keep your hands off their vegemite.

4)    Engaging in or financing terrorism: This has been proven statistically to increase irrational fears of Islam among non-believers. Definitely avoid doing this, particularly if you are a high profile imam or a leader of a Muslim charity/civil rights organisation.

5)    Taharrush: This may be a popular pastime in Islamic countries but in the West, it is a bit of a no-no. In fact it is so rare, that Europeans don’t even have a word for it. Going into a crowd with 1,000 of your mates, surrounding some unsuspecting female and then pack raping her is not culturally acceptable to infidels. Doing it to TV reporter Lara Logan in Egypt lead to a surge in Islamophobia. Doing it to Western women in their own country will enforce negative stereotypes even more, particularly when they invited you in out of sympathy for your plight. We recommend giving this a miss

6)    Calling your kids Mohammed: If you do get into trouble, the press will do their best to prevent outbreaks of Islamophobia. They will very sensitively refer to you as “Asians” or “people of Mediterranean appearance.” When two thirds of you are called Mohammed however, it kind of gives the game away. There are thousands of boy’s names to choose from, so come on mum, get creative!

7)    Blowing up Aussies in a holiday resort and then laughing and joking at your murder trial: You wouldn’t need to be a PR genius to work this one out. Although we don’t have firm data, anecdotal evidence suggests that this behaviour causes widespread Islamophobia. Definitely not recommended.

8)    Murdering Jews: Strange as it may sound, genocide of the Jews is still a touchy subject for non-Muslims, particularly in Europe. Blowing up your local Israeli embassy not only increases Islamophobia, it also decreases support for terrorist political organisations like Hamas. So if you’ve slaughtered a bunch of cartoonists and have a couple of spare clips left in the Kalashnikov, please resist the temptation to pop down the local kosher shop for an encore.

9)    Honour killings: You have just caught your brother raping your daughter. The natural reaction is to grab the biggest knife you can find and kill, kill, kill. Then, once justice has been done, you sit down with your brother and ask him to never do this again. Hold it right there champ! No need to give these haters any excuses. In the West (as in the rest of the civilised world) retribution is generally taken against the perpetrator rather than the victim.

10)    Female Genital Mutilation: To an uneducated Australian, nothing says “mindless barbarian” like mutilating your own daughter’s vagina. No matter how hard you try, you just won’t get the benefits through to them. This one sets the Islamophobia needle off the scale. We therefore advise you to have it done before applying for refugee status. Not only will you not risk prosecution but we have women’s rights activists who will defend your actions as “a legitimate facet of cultural identity.” If you don’t have a clue what that means, don’t worry neither does anyone else. It goes down a treat with ABC panel show audiences however.

11)    Joining a paedophile rape gang: It may not seem as if the Aussies care about their teenage daughters. They let them parade around with their arms, legs and hair on show. Let a Muslim gang take them as sex slaves however, and next thing, they are all up in arms. The 1400 English school girls taken as sex slaves in Rotherham UK is believed to have been a major contributor to Islamophobic sentiment there.

12)    Get a job: This is a great way to create a positive image of Muslims. It might be difficult, given the language problems but when 8 out of 10 of you are unemployed 5 years after arriving here, islamophobic Aussies are bound to jump to the wrong conclusions. After all, you never see Vietnamese at Centerlink. Besides, with 3 wives you would have to be glad to get out of the house sometimes.

13)    Heroin dealing: It may seem like a case of “dammed if you do and dammed if you don’t” but Australians don’t actually consider this to be a “job.” Neither is armed robbery, running a bikie gang or recruiting Islamic State fighters (ironically, becoming a recruitment agent for the Australian army is considered a “legitimate” career which just proves how Islamophobic they really are).

14)    Breeding like rabbits on Viagra: Particularly if you haven’t got a job (see point 10). Outbreeding your neighbours by a factor of 10:1 often contributes to Islamophobia.

15)    Attacking people mourning their war dead, especially if they died trying to rebuild an Islamic country: Guys, have a little sensitivity here. No matter how tempting, discretion is sometimes the better part of valour. This is almost certain to contribute to Islamophobia.

16)    Beheading a soldier in broad daylight and then telling everyone it is justified in the Koran: Not cool! This is just inviting Islamophobic micro-violence (which is the PC way of saying “glaring at you”) from non-Muslims. At least have the good sense not to ask people to videotape your rant.

17)    Admitting to supporting ISIS: For goodness sake do I need to tell anyone this. A recent poll in Pakistan showed 14 out of a hundred supporting ISIS. Whatever your personal views on sex slavery and mass murder, when a pollster or a TV presenter comes around remember, you’re a moderate.

18)    Kidnapping and beheading aid workers: Even the Greens baulk at this one (some of them at least). For those of you living in extremist hotbeds, there may not be too many Westerners to choose from. Do bear in mind however that it’s probably not you who will have to deal with the increased Islamophobia this creates.

19)    Blowing up aeroplanes or flying them into buildings: This has been shown to cause a surge in Islamophobia immediately following the act itself. Even worse is that every time Westerners fly through America in particular, they face restrictions and humiliating body searches. These constantly reinforce the natural prejudices against Muslims that occur in all white people.

20)    Kicking blind people out of your taxi: Blind Muslim Sheiks can plan and coordinate terror attacks without a guide dog. For Westerners however, blind people and guide dogs evoke all kinds of gooey sympathy. Put on your best Aussie accent and tell him you’re allergic to dog hair. What the eye doesn’t see, the heart doesn’t grieve.

If all Muslims can follow these few simple rules however, and use them as a guideline for their behaviour, then I’m sure it will help to reduce Islamophobia considerably.

(Harry Richardson is a long time student of Islam and the author of best selling book 'The story of Mohammed – Islam Unveiled' available at amazon.com)