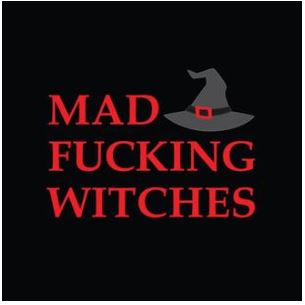 The easiest way to win an argument is to make sure your opponents are unable to respond. When your arguments are mostly brain-dead mantras that you learned from your Gender Studies professor, that is especially so.

If people, or groups are trying to shut down free speech, you can be sure that they are pedalling some ridiculous (and often dangerous) fantasy which is only believable when no one dares to question it.

So, when the usual Left-Wing Twitter outrage mobs tried to shove a sock down Alan Jones’s throat last week, it was obvious what they were up to.

I don’t listen to Alan Jones personally, and I don’t expect I’d agree with everything he says. If I were to disagree with him however, I would make it clear what I disagreed with and why.

Sadly, that’s not how it works in Lefty La-La land. These guys don’t want to engage with your ideas. They want to shut you down and hopefully bury you (literally if possible).

Saul Alinsky would have been proud of them. If you have read his “Rules for Radicals” book, he advocates just that. The level of hatred and vitriol that has been inculcated into these people is testament to our rapidly failing school system.

Schools are no longer interested in teaching children how to think, they want to teach them what to think. Not surprisingly, this has led to declining Naplan scores despite an extra 20 Billion dollars being funnelled into education in the last decade.

So, instead of challenging Jonesy’s ideas, a couple of social media groups, (Mad fucking witches and Oz sleeping Giants according to the Sydney Morning Herald) went after companies which were advertising on his show.

These outrage mobs are clearly made up of people with far too much time on their hands. Many are probably unemployed, joyless misandrists, with large HECS debts and useless arts degrees working out of their parent’s rumpus rooms.

They are clearly not 2GB listeners, unless it is to find fault and manufacture offence. However, they do know how to stir up the poop on Facebook and Twitter and direct it straight at the public relations departments of target companies. These companies often panic and sever ties with the victims of these campaigns.

2GB has bled advertisers recently for this very reason although some may have been somewhat opportunistic.

Koala mattresses for instance insisted that Jones should have been sacked long ago. Funnily enough however, they have been advertising with him for a quite some time without complaining.

Recently, however, they haven’t actually advertised with 2GB – so they probably just saw this as an opportunity to virtue signal to these groups.

Total Tools is another company which seems intent on living up to its name. I don’t have figures on how many feminists buy rattle guns or chainsaws, but I’m guessing it isn’t many.

I expect that lots of Alan Jones listeners do however, so if you are one of them, I would suggest looking for another retailer.

We need to put real pressure on these clowns. They are threatening the great Aussie tradition of calling a spade a friggin’ shovel.

Violence against women doesn’t always start with words. It starts with violence. Telling someone to stick a sock in it is a figure of speech. Jacinda Ardern is a politician. You can’t run with the hare and hunt with the hounds.

If women want to jump into the rough and tumble of politics, they have to be prepared to take the insults and abuse that every other politician gets. If we believe that women are not tough enough to take an insult, then they should not be allowed into politics.

Good on Jonesy for standing up to these clowns but shame on 2GB and their sponsors for running scared from this pathetic paper tiger.

Jonesy’s listeners are staying loyal to him. He has a staggering 17% of the market in his timeslot. That hasn’t dropped since his latest comments. If 2GB and Maquarie Media do dump Alan, someone else will snap him up and his listeners will surely follow him.

Perhaps that’s the best thing that could happen.

The following is from a campaign to sack Andrew Bolt.

Mad Fucking Witches (MFW) started as a way to highlight the appalling sexism, misogyny, racism, homophobia, transphobia and ableism in Australia. It uses the attention caused by Peter Dutton’s “Mad Fucking Witch” text to highlight government and societal misogyny: from the lack of women in government positions, to asylum seeker issues, Indigenous issues, cuts to women’s family violence services, and cuts to women’s medical services, among many other things.