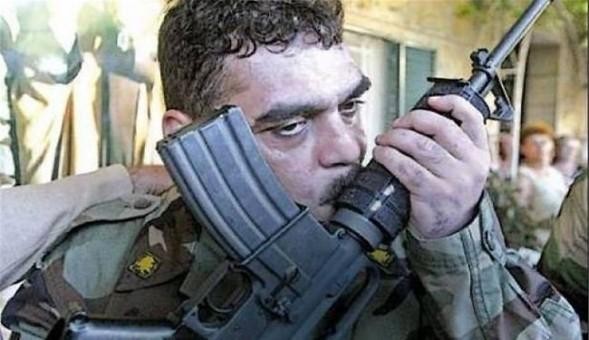 Just a few miles from where I grew up, there lived a disturbed young man named Ian Brady. Ian met a young girl at work called Myra Hindley and they began a love affair. Unfortunately, Myra was also particularly twisted and their partnership would lead to horrific tragedy.

For reasons best known to themselves, they began to kidnap children.

This was not difficult to do in that day. Kids played out in the street pretty much from the time we could walk. Once we could get ourselves on the bus, we went pretty much where we wished.

Ian and Myra met kids at a local funfair. They would tempt kids with lollies and ice creams and then offer to drive them home. Instead they were driven back to Brady’s house, tortured and killed.

Brady and Hindley made audio tapes of these torture sessions. The bodies were then driven up onto the remote moors to the east of Manchester and buried. Some have never been found.

At the court case when the audio tapes were played, the children were heard crying and begging for their lives.

The tapes were so distressing that hardened police officers were reported to break down and weep.

In 1979 in Lebanon, there lived a young man by the name of Samir Kuntar. Samir and three Palestinian friends planned a raid into Israel.

They landed in Israel illegally in a small boat. After shooting a policeman dead, they broke into a house and kidnapped a young father named Danny Haran and his four year old daughter Einat.

Samir forced them to the beach at gunpoint in order to smuggle them back to Lebanon. A gunfight broke out however, with the Israeli police and army.

According to witnesses, Samir shot Danny dead in front of his daughter and threw his body into the ocean.

He then murdered little Einat by pounding her head on the rocks with the butt of his rifle.

Who was more evil, Hindley and Brady or Samir Kuntar?

That’s not an easy question to answer to be honest. All societies can throw up twisted and evil people from time to time. They can also produce standouts too.

For this reason, some people argue that all societies and cultures are just as good as each other. They also demand that we not make judgements of other people, particularly if they belong to another culture. After all, what is considered wrong in one culture may be considered acceptable in another.

Since all cultures are equally valid, who are we to say that our culture is any better than another?

This doctrine is known as “Cultural Relativism.”

It is very easy to get confused by this argument, however it isn’t true. Anyone with a functioning moral compass would know this instinctively. To understand why not, we don’t need to analyze the actions of Brady, Hindley and Kuntar.

What we need to look at are the reactions of the societies in which they lived.

Brady and Hindley were arrested, tried and convicted of multiple murders. They were sentenced to life in prison with no chance of parole. They would never have wanted parole anyway. Had they been released from prison, they would have been torn to pieces.

Brady spent the rest of his life in solitary. Not as deliberate punishment, but because the other prisoners all wanted to kill him.

Hindley faired little better in the women’s prison and was subjected to numerous attacks throughout her incarceration. Brady and Hindley both died in prison, there was never any chance they would be released.

Samir Kuntar had no such problems.

He was considered to be a hero by his Muslim compatriots. The Palestinian Liberation Front hijacked the Italian cruise liner Achille Lauro and demanded that Kuntar be released.

During the hijacking, they took a wheelchair bound Jewish American man and threw him and his wheelchair overboard to his death.

In 2008, the Israelis were finally forced to free Kuntar to obtain a prisoner swap from Hezbollah.

On his return, he was welcomed home by the Lebanese President, the Lebanese Prime Minister and other dignitaries. He was awarded the Syrian Order of Merit medal by President Bashar Assad and honoured by Iranian President Mahmoud Ahmadinejad.

On his birthday a few days later, Al-Jazeera TV channel (the same Al-Jazeera whose news service is broadcast across Australia by SBS) threw a huge birthday bash honouring Samir.

Ghassan bin Jiddo, the head of Al Jazeera's Beirut office played M.C. for the event. He praised Kuntar, calling him a "pan-Arab hero" and telling him, "You deserve even more than this.”

Kuntar soon resumed his activities working for Hezbollah and attempting to kill Jews.

He refused to make a distinction between military and civilian Jews as all Israelis are forced to do military service (thanks to people like him).

Happily, Kuntar was killed in an explosion in a building in Damascus (Syria) in 2015. Hezbollah claim that the explosions were caused by rockets fired from Israeli jets. I hope they are right.

The important question however is, “how can our smartest thinkers believe that our culture is not better than the one which drives such evil barbarity?”

Amazingly, it is now the default position of the great majority of our academics and teachers. Our children are being taught this rubbish and most of them are coming out of school believing it.

It is understandable that a few clowns would fall for this idiocy.

The question is, why has there been so little resistance to this insane notion. Those few who have tried to challenge it have faced hysterical and venomous attacks.

My own belief is that a group with incredibly deep pockets has been spending big money to corrupt our academic institutions.

The goal of this multi-decade project has been to ensure that cultures of barbaric cruelty are held beyond criticism. If that really is true, then this project has been remarkably successful. It has been the basis for a whole raft of insane and suicidal policies which could never have been adopted otherwise.

In order to restore our societies, it is essential to find out who is funding this insidious doctrine and expose them publicly.

Once we do this we can put pressure on our leaders to end this idiocy.

It will also undermine the ridiculous arguments of the extreme loony left-wingers. This is crucial to our ability to turn things around.

Long-time Richardson Post readers know who I believe is responsible. For those who haven’t read my book I’ll give you a clue – it probably isn’t the Jews.

(Harry Richardson is a long time student of Islam and the author of best selling book 'The story of Mohammed – Islam Unveiled' available at amazon.com)