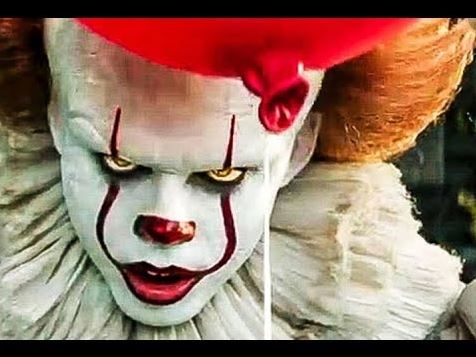 I may have mentioned this before, but I think people have been underestimating Boris Johnson. The latest stunt has completely blindsided the remainers – and don’t they hate it.

SAVE OUR DEMOCRACY!! They are all screaming. Say what? Funny, but I thought they all wanted the UK to be subsumed into a foreign power which is entirely undemocratic.

Even if the EU institutions were genuinely democratic (which they aren’t), a united Europe can never be democratic.

That means that the largest group gets all the goodies and the rest get zip. That’s great if you’re a German – not so much if you’re Greek.

Funny thing is, that every time anyone tries to do what the British people actually voted for (which is to leave the EU and restore the primacy of the British Parliament) crowds of Lefty remoaners get out on the streets and insist that they are destroying democracy.

How does that even work?

But like I said, it looks like they underestimated Boris who may just have pulled off the master stroke of the century. Where did this idea come from? If you ask me, it has Jacob Rees-Mogg’s fingerprints all over it.

There’s a guy who is actually smarter than he is posh (which is saying something). Ignored by Treason May, he was still impeccably loyal, biding his time and looking after his party and his country.

Boris knows Reece-Mogg’s potential and made him the leader of the House right out of the starting gate. I think that was an inspired choice and this may well be the payoff for him.

I have to admire Bojo’s cojones however. Good on you Boris. Who are the clowns now?

Never known for his sense of humour, I recon Oliver Cromwell must be chuckling in his grave right now. In 1653, he was faced with a similar bunch of buffoons. Not one to shrink from a challenge, he walked into the same Parliament and dropped the following hint:

It is high time for me to put an end to your sitting in this place, which you have dishonoured by your contempt of all virtue, and defiled by your practice of every vice.

Ye are a factious crew, and enemies to all good government. Ye are a pack of mercenary wretches, and would like Esau sell your country for a mess of pottage, and like Judas betray your God for a few pieces of money.

Is there a single virtue now remaining amongst you? Is there one vice you do not possess?

Ye have no more religion than my horse. Gold is your God. Which of you have not bartered your conscience for bribes? Is there a man amongst you that has the least care for the good of the Commonwealth?

Ye sordid prostitutes have you not defiled this sacred place, and turned the Lord’s temple into a den of thieves, by your immoral principles and wicked practices?

Ye are grown intolerably odious to the whole nation. You were deputed here by the people to get grievances redressed, are yourselves become the greatest grievance.

Your country therefore calls upon me to cleanse this Augean stable, by putting a final period to your iniquitous proceedings in this House; and which by God’s help, and the strength he has given me, I am now come to do.

I command ye therefore, upon the peril of your lives, to depart immediately out of this place.

Go, get you out! Make haste! Ye venal slaves be gone! So! Take away that shining bauble there, and lock up the doors.

When the Poms are in the poop and all looks entirely lost, they have a habit of finding a hero to pull them back from the brink. I think they just did it again.