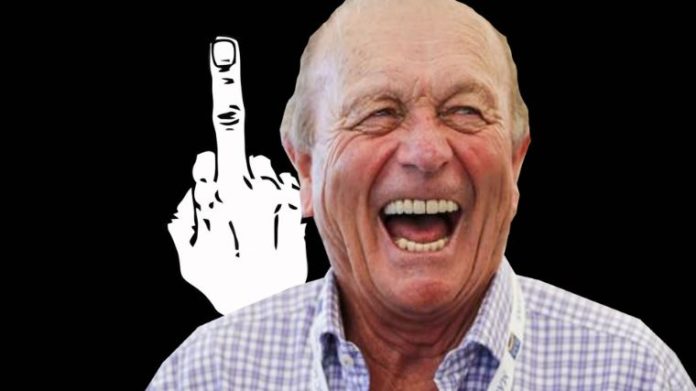 Well, it looks like the jury is back in and has given its verdict on diversity (at least in the corporate sense). Not surprisingly, (for Post readers at least) it turns out that diversity in the boardroom is less of a strength and more of an albatross round a company’s neck.

The giant Superannuation funds and other financial institutions (read banks) have been heavying large publicly listed companies to use diversity quotas when appointing board members. After all, increasing diversity (by decreasing the number of white males) is good for business don’t you know.

Unfortunately, most corporate bigwigs are spineless oxygen thieves who got to where they are by toadying. Consequently, they roll over like a cocker spaniel when the institutions snap their fingers.

Gerry Harvey on the other hand, worked his way up the hard way and built a gigantic retailer across Australia – and now the world. When a bunch of complete bankers told him to staff his boardroom with a diverse section of humanity – he told them to close the door on the way out.

Now it appears that Gerry was right all along. Harvey Norman is making consistently growing profits while Coles Myer and David Jones results are a little more , erm… diverse. In fact, as Gerry puts it, he is, “beating the s@#t out of them.”

Harvey Norman is in fact, worth four times more than Coles Myer and David Jones put together. Gerry’s profit was up 7.2% to a smidgen over $400 million. Meanwhile, DJ’s profit has halved over the last year.

That’s bad news for shareholders but great news for the diverse clowns warming those lucrative boardroom seats – until these venerable Aussie companies go broke of course.

Gerry chooses the best people for the job to sit on his board. He doesn’t care if they all happen to be the same race, gender, ethnicity, sexual orientation or eye colour. He just wants to know that they know their stuff.

Meanwhile, the dumb woke institutions won’t invest in him because he doesn’t tick all the right “diversity” boxes. I wonder if that makes his shares undervalued?

Anyway, I’m just glad he has figured out that diversity is bad for business. Maybe sometime soon, he will figure out that it is bad for the country too. He’s a smart guy so let’s hope so.