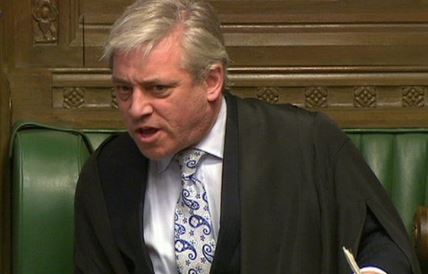 The Brexit fiasco gets weirder by the minute. A bunch of Conservative Party rebels just crossed the floor to support a new law.

That law will force the British Government go back cap in hand and beg for an extension to Brexit from the European Union. It will keep the Poms in the EU whether they like it or not.

They have even blocked Boris’s attempts to hold a national election before the Parliament votes on this bill.

An election right now would give the British people a chance to vote on the kind of Brexit they want – or not to have a Brexit at all. Remember when the remainers wanted a second referendum? A “people’s vote.”

This is the only time in living memory that an opposition leader has refused to back a bill for an election. Jeremy Corbyn has called for an election no less than 50 times this year but suddenly changed his mind when he saw a chance to screw the country over.

Bizarrely, the remainers are insisting that Boris’s plan to leave the EU is betraying democracy. “No one voted to leave without a deal!” they are screaming.

Strange, but when the Poms voted, they were asked:

Please put an X next to one of the following boxes:

Remain a member of the European Union

That seems pretty clear to me. The words: “Leave the European Union only if we can secure a deal that Jeremy Corbyn is happy with” didn’t appear anywhere on the ballot paper.

Still, they are demanding a deal – any deal.

Here’s a question for you: How do you secure the worst ever deal in any negotiation.

Answer: You tell the people you are negotiating with that you will not walk away from the negotiations, no matter how bad a deal you are offered.

Then, you put a time limit on the negotiations and wait for the absolute worst outcome to be imposed on you.

Any half smart ten-year-old can understand that concept. Britain’s “Remain” Parliamentarians are therefore either the most incompetent negotiators in the history of ever, or else they actually want to see the UK get royally screwed over by the EU.

Why would they want that? Who knows? Some may be desperate to retain membership of the EU as their de-facto pension plan (which a seat in the EU Parliament is for many ex MPs).

Some might be just implacably, ideologically opposed to the idea full stop. Others may have more sinister motives. Who knows what these people believe or have been promised? Who knows where their real loyalties lie?

One thing is for certain, the future of the British people has never hung by such a slender thread as it does today, and that is saying something.

If these idiots have their way, the UK will be rendered as a helpless vassal state of the corrupt EU bureaucracy. The main hope now is that Britain will be ejected from the EU without a deal due to complete bureaucratic incompetence.

Keep your fingers crossed, it could happen.

The other possibility is that the UK could be forced into a terrible deal with the EU. The Conservatives might then be forced to merge with Nigel Farage’s Brexit Party which could sweep the next election with a mandate to leave, by hook or by crook.

Let’s hope it doesn’t come to that because things could yet get very ugly.