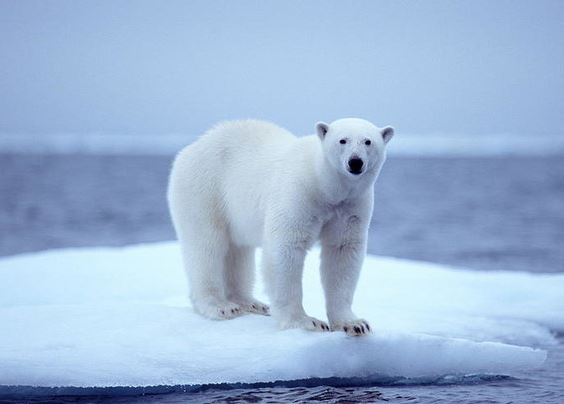 I’m not a climate scientist. I’ve never bothered studying climate science so I’m not remotely qualified to predict what is going to happen to the Earth’s temperature in the future.

If I was a climate scientist, then any prediction I made would carry rather more weight, although it would still be a prediction and predictions are not infallible, as economists found out in 2007.

When all but a small number of scientists are making the same prediction, however, it would normally be wise to sit up and pay attention.

Yet, there are a number of aspects to this debate that just don’t sit too well. The Wikipedia entry for climate denial parrots the official line fairly closely.

The article considers the science to be settled and repeatedly compares those who question it, to tobacco industry lobbyists in the ‘70s and ‘80s. These people were generously funded by the cigarette companies to spread misinformation about the health effects of tobacco.

Funnily enough, the Wikipedia entry on the Ice Ages is rather different. It is far more in depth for one thing. It notes the uncertainty of various theories and the differences of opinions of the scientists involved.

It also discusses the strengths and weaknesses of the various theories about what causes climate changes. The article notes the many different factors which are thought to affect the climate but reports the uncertainty in many of them.

In short, it is far more scientific.

Going back to the article on climate change denial, the final paragraph sums up the flavour of the entire piece. It says:

Manufactured climate change denial is also influencing how scientific knowledge is communicated to the public. According to climate scientist Michael E. Mann, “…universities and scientific societies and organizations, publishers, etc.—are too often risk averse when it comes to defending and communicating science that is perceived as threatening by powerful interests…”

This is the angle which has the hairs on the back of my neck standing up. Michael E. Mann was one of – if not the – original drivers of the belief in man-made global warming (as it was originally known).

His work for the Intergovernmental Panel on Climate Change (IPCC) contributed greatly, to the award of the 2007 Nobel Peace Prize, which was won jointly by the IPCC and Al Gore.

What that tells me, is that Mann (and Gore) were feted, and generously funded, by both national and international bodies such as the IPCC and the Nobel committee.

I don’t want to suggest that such a prestigious body as the Nobel Committee might be partisan, but I will note that they also awarded a Nobel Peace Prize to another leading American Democrat.

Barrack Obama received the Nobel Peace prize shortly before he bombed the crap out of Iraq, Afghanistan, Pakistan, Somalia, Yemen, Libya and Syria.

Maybe that is just pure coincidence, but it suggests to me that Mann, Gore and the Nobel Committee are all part of the globalist, socialist, elite network which is awash with squillions of dollars of our money.

They are the establishment writ large and all have a vested interest in increasing the wealth, reach and power of globalist organisations such as the United Nations.

That leaves me with the suspicion that the global warming theory could be supported by these institutions as a way to promote a globalist agenda.

These suspicions have been confirmed every time this debate has been dragged into court. Bear in mind that Gore, Mann and company have the backing of the establishment and essentially bottomless pits of money to throw at these cases.

In 2006, Gore released An Inconvenient Truth which came with the warning that:

“If the vast majority of the world’s scientists are right, we have just ten years to avert a major catastrophe that could send our entire planet into a tail-spin of epic destruction involving extreme weather, floods, droughts, epidemics and killer heat waves beyond anything we have ever experienced.”

The British establishment wanted this film shown in schools to “educate” our children. Thankfully, Lord Monkton challenged this decision in court to prevent this from happening. The judge found that the film contained nine serious errors as follows:

So, what we have here, is a claim of scientific consensus which the global establishment (including the Nobel Committee and the British Government) endorses enthusiastically. When challenged in court however, the judge finds that no such consensus exists.

More recently, Al Gore’s fellow Peace Prize recipient, Michael E. Mann, went to court. He claimed that a fellow academic had defamed him by claiming that his Global Warming theory was literally criminal.

In order to win the case, the Judge told Mann that he would have to produce the figures on which his famous “Hockey Stick” graph was based. It was this graph which sparked the entire global warming panic.

Mann refused to produce those figures, preferring instead to lose the case. By doing so, he has completely undermined any credibility he may have otherwise had in this field. If the figures were credible, he would surely have released them in a heartbeat.

Finally, just the other day, an Australian judge ruled in the case of Peter Ridd vs James Cook University. The University had apparently squandered 630,000 taxpayer dollars on the case trying to bury Ridd’s accusations.

Ridd wasn’t a climate scientist, he was a marine biologist who has been studying the Great Barrier Reef for decades.

He had dared to disagree with the University consensus that damage to the reef was due to global warming.

“He is a person who does not make statements lightly and there is genuine conviction in what he says,” said the judge.

So, although I may not be a scientist, I can see that whenever this theory – which is supposedly settled – winds up in court, it has been discredited 100% of the time.

Science is never settled. Anyone who believes that idea, doesn’t understand what science actually is. 500 years ago, there was almost universal consensus that the Earth was flat. As it turned out however, the tiny minority who believed in a spherical Earth were correct.

Meanwhile, scientists and non-scientists alike are being feted for their promotion of the global warming theory. They have received Nobel Prizes and are in ridiculously well-paid jobs in government and academia.

The latest sensation is a 16-year-old girl from Sweden who has achieved rock star status – and for what? She has no credentials in climate science yet is being ferried around the world and has her opinion broadcast to millions.

Meanwhile, experts like Peter Ridd, who appears motivated by nothing more than academic honesty, are vilified, abused, fired and then dragged through court by a Government institution indifferent to how many taxpayer dollars it spends litigating against him.

Is it any wonder that there is a consensus among scientists and academics?

I may have no credentials in climate science, but I understand human nature reasonably well. As the tobacco companies understood, he who pays the piper, calls the tune. If you have enough money to spend, you can always find “experts” prepared to support your position.

The money and prestige in this game are not on the side of the anti-global warming brigade. To my knowledge, there are no panels of experts funded by the fossil fuel industry. The money and the glory belong to those spruiking the warming prediction.

When the predictions fail to materialise – as Al Gore’s apocalyptic scenario has – there is no penalty for the pro warming advocates. Gore’s wealth has increased dramatically since the start of his crusade. He has since made a sequel to his movie and has not been stripped of his Nobel Prize (mind you, neither has Obama).

A significant part of Gore’s wealth has been made from investments in renewable energy projects. Such projects are notoriously unprofitable without Government assistance.

That leaves him open to accusations that his insider knowledge of such decisions could be driving his surprisingly astute investments in this field.

His credibility is further undermined by his purchase of a 6,500-square-foot seafront home in California for $8.8 million.

That is a pretty strange decision for someone who claims that the entire Greenland ice sheet is about to melt and raise sea levels by 7 meters. Mind you, with an estimated net worth of 200 million (up from around 1.7million in 2000), I guess he could afford to lose it.

AN EMPTY BIDEN INAUGURATION FOR A FALSE VICTORY