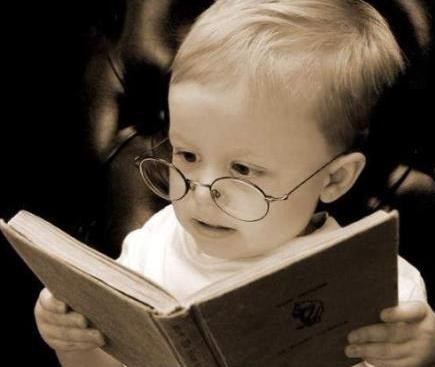 Last week was a great week for the Government's successful attempts to combat and contain violent Hindu extremism. Not a single violent incident involving Hindus occurred during the entire week.

This follows a string of successes going back pretty much to the time when Hindus first came to Australia.

That is not to say that no Hindus committed crimes or acts of violence. None however was recorded as yelling “THIS ONE’S FOR YOU VISHNU!” whilst carrying out an act of senseless slaughter.

In short, there have been no religiously motivated violent crimes by Hindus in Australia that I am aware of.

It wasn’t just Hindus where the Government had success. The Sikhs, Buddhists, Baha’is Copts, Jews, Catholics, Protestants, Amish, Jains and all other religious groups once more had a clean slate.

This is testament to the success of the Australian approach which was explained to me as, “Mate, whatever s@#t you had in the old country, leave it at the bloody airport”.

There was unfortunately one stand out failure. Once again, a Muslim fanatic let loose, murdering an innocent mild mannered accountant whilst yelling something about Allah. This is becoming depressingly familiar, so where did we go wrong in our approach to Islam?

That last question is what is known as a “loaded question”. It assumes that “we” did something wrong. It is typical of the sort of slippery semantics which are constantly played with the purpose of exonerating Islam from any blame.

If a family had eight kids and they all turned to crime, you could legitimately ask, “Where did the parents go wrong?” When only one of those children goes bad however, it is a bit unfair to blame the parents.

The only difference in treatment between Muslims and other religious groups is that Muslims have received far more.

Public money has been spent to make airports, schools, universities and even sporting venues Islamically compliant. Much of our food chain has been islamised and in some cases public venues such as swimming pools have been turned over to Muslims.

Again, perhaps it is because there isn’t any.

Why aren’t they reporting on all the Hindu murders and wars going on around the world? Could it be because there aren’t many? In the most part Hindus are far darker skinned than Muslims so racism is clearly not the issue here.

So why are we having so much trouble with Muslims? Is it possible that the religion of Islam actually does inspire horrific violence more successfully than any other religion?

If you are convinced that the answer to that question is no, then I’m guessing you probably don’t know very much about the Islamic religion. I don’t blame anyone for that. Not many people know much about any religion these days, it isn’t everyone’s cup of tea.

If you don’t know much about this religion however, then please don’t go around insisting that you know what Islam is, what it isn’t or what it couldn’t possibly be. Especially please don’t accuse those who disagree with you of being ignorant, uneducated bigots.

A bigot is not a racist. A bigot is someone who argues from a position of ignorance and refuses to consider evidence or facts. So before you start throwing accusations like that around, have a think about your own position.

Let me give an example of bigotry. The following comment was left on my blogsite where my book can be read for free:

"I hesitate to read this book, especially after the 15 year old boy killed Curtis Cheng in Parramatta, because everyone is bending over backwards to stop the hatred of Muslims escalating into another Cronulla. And books like this one isn't helping."

How does “Anonymous” know that this book is promoting hatred and adding fuel to the next anti-Muslim riot when he/she hasn’t even read it!

Nowhere in my book do I advocate hatred for Muslims. I would argue (in fact, in my book I do argue) that the people who have the most to gain from this information are the Muslims themselves. You can never argue with a bigot however, because they just won’t listen to you.

If you want to participate in a discussion on Islam, take the time to educate yourself. There are excellent websites such as Religion of Peace and good books by myself, Bill Warner or Robert Spencer.

If you are one of those people who don’t trust white men (which would make you racist and sexist) you could try Ayaan Hirshi Ali (African former Muslim), Bridgette Gabriel (Arab), Daniel Scot of Ibrahim Ministries International (Pakistani), or Ali Sina (Iranian former Muslim).

For “balance” you can read books by pro-Islamic authors such as John Esposito or Karen Armstrong and compare the different messages. Please feel free to disagree with us, but please do so from a position of knowledge and not one of ignorance.