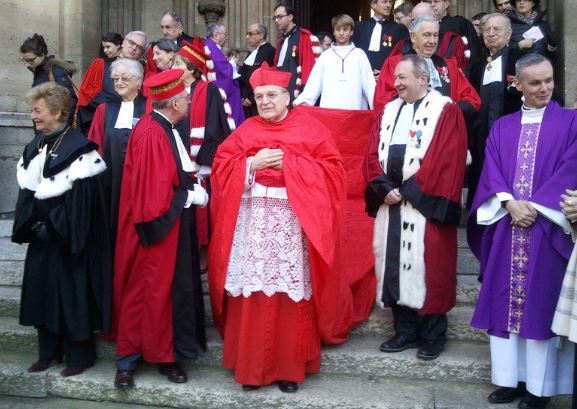 George Pell’s legal team are appealing his conviction to the High Court although there is no guarantee that they will hear the case.

Pell has been found guilty by a court and this verdict was upheld by two of the three appeal court judges. At this stage then, he is a convicted sex offender who is serving time.

There are, however, some rather unusual aspects to this case as far as I can see. I’m not a legal person and I wasn’t in the court, so this is purely my own personal musings.

Apparently, the case hinged on allegations by two men, who were teenagers at the time, that Pell assaulted them.

One had since passed away and so there was only one living witness. The assault happened after a service when the church was still full of people.

Pell is said to have found the boys in a separate room sneaking a drink of the sacrificial wine. He had a 5 or 6 minute window when no one else was in that room. I didn’t hear that the room was locked and so I guess anyone could have entered at any time.

Forcing two teenage boys to do it in an unlocked room with people milling around outside whilst wearing ceremonial robes – in a time frame of 6 minutes – sounds challenging to say the least.

Still, he was convicted, and the conviction was upheld on appeal. Had it been anywhere else but Victoria, I would therefore assume him to be guilty.

Victorian judges, however, have form when it comes to politicised judgements against Christians.

Some of you may remember the case of Daniel Scott and Danny Nalia. They were preachers whose “Catch the Fire” ministry taught of the dangers of Islam to both Muslims and non-Muslims.

Daniel Scott was from Pakistan and had fled persecution as a Christian. He had studied Islam for many years and knew it intimately.

The two Dannys were convicted in Victoria under newly passed anti-discrimination legislation. The Victorian appeal court upheld the conviction.

Daniel Scott managed to appeal to the Australian High Court which found that the Victorian judges had erred on over 100 points of law and that, shockingly, truth was a valid defence.

Whether Pell’s conviction is another case of anti-Christian bias by Victorian judges is yet to be seen. I hope the High Court agrees to hear the case. Then I guess, we will find out.