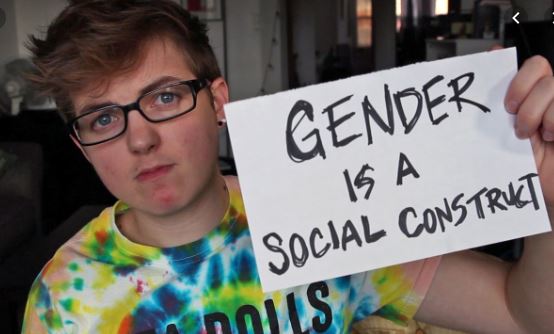 Acronyms are funny things. They can be useful of course when they are widely understood but on the other hand, they have a habit of getting out of control.

When I worked at an oil refinery, there was a never-ending stream of them coming out of the management bunker.

They produced so many that it became bewildering, especially for people like me who hadn’t been on the A.A.A.D. (Acronym Awareness Away Day).

Government departments are also known to have an affinity for acronyms although I have heard that the Wikileaks Task Force has been rather less than enthusiastic.

There are of course, some great acronyms for describing personality types or other characteristics.

We have WASPs (White Anglo-Saxon Protestants), RINOs (Republicans In Name Only) and of course, LOMBARDS (Loads Of Money But A Right Dickhead).

I would like to propose a new acronym (A Clever Ruse Of Nudging Your Memory) for people on the radical Left.

I think we should start referring to them as SWISS which stands for Science When It Suit Sus (taking a slight liberty with the spelling of course).

The thing about the SWISS brigade is that they are fanatical about science when it is in their interests. When it doesn’t suit their agenda, however, they wipe it like a dirty bottom.

So, for instance, when science seems to indicate that the planet is warming up we absolutely have to LISTEN TO THE SCIENCE!!!

This has nothing to do with the fact that “Doing something” usually involves the same people gouging us all on our energy bills and taking billions off us to donate to their favourite dictators.

When Christians speak of Jesus walking on water, or being raised from the dead, the SWISS brigade descend into fits of laughter, marvelling that anyone could be so gullible as to believe such a bunch of unscientific piffle.

As was pointed out by Danusha V. Goska in our previous article, however, the science proving that Aborigines were not descended from Neanderthals was embraced like a long lost child.

Ask the SWISS brigade if the World could have been made in six days and they will look at you like you have two heads.

Ask them how the Universe was created and they will tell you that all of the trillions of galaxies exploded from a single point no larger than a pin head.

It is when we get to the subjects of race and gender though that the SWISS types really get into their stride. The idea that God created men and women in the Garden of Eden is just ludicrously primitive and unscientific.

At the same time, these people believe that gender is a social construct (at least in humans) and that the science of biology is entirely meaningless in this instance.

Feel like a woman – magically, you become a woman and the SWISS brigade will dutifully write you out a “corrected” birth certificate so that when you get pregnant, there won’t be any confusion (keep believing and it will happen for you sweetie).

The SWISS brigade would never believe in non-human beings like God or Satan. Science has long since proven that one to be false. They also don’t believe that a baby is human five minutes before birth.

An unborn child, or foetus is held by the SWISS brigade to be part of a woman’s body and women are an untouchable victim group, even though they don’t exist – except as a social construct.

It seems strange to me that a foetus could be part of a woman’s body and yet you can chop it up without her feeling any physical pain – even though it is chock a block full of sensitive nerve endings.

Hey ho – but that’s just boring old science don’t you know. We chucked it down the drain, along with all those Y chromosomes and foetal body parts.

Talking of social constructs – what about race? Obviously, that is just a bunch of mumbo jumbo with no basis in science. All races are exactly the same except for slight skin colour differences.

There is no real measurable difference between people of different ethnicities – except IQ of course but we don’t talk about that. Anyone who does, is likely to lose their job and be hounded to an early grave.

There are too many examples of this outrageous hypocrisy to quote here. Perhaps you could all list more in the comments section. We need to call out this behaviour because it is undermining the fabric of our society. It is already causing huge problems and is likely to be devastating in the long term.

Science can’t explain everything. It can however explain most “how’s” if not all of the “why’s.” But we must not allow the lying SWISS brigade to jettison science whenever it suits their twisted agenda.

It is science which has sustained us in a civilised world of plenty. If we abandon science, we could lose everything and wind up back in the stone age in a matter of decades.

Don’t believe me? Go take a tour of Afghanistan – if you dare.