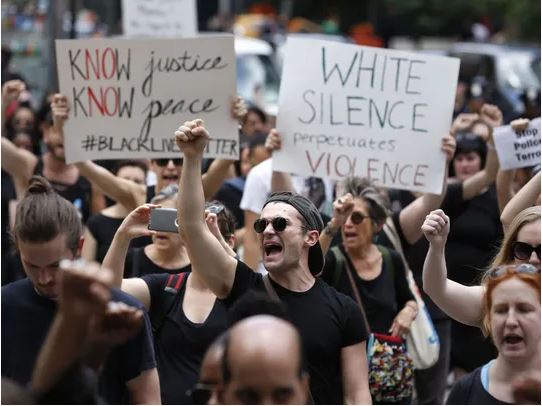 When people alter the definition of words – beware!

In one sense, words are a little bit like pianos. Most of us view a piano as a musical instrument – useful for playing beautiful melodies on. A psychopath on the other hand might view a piano as something he can drop on someone’s head to obliterate them.

In the same sense, most of us view words as useful collections of sounds with which to communicate with others. There are lunatics out there however, who view words as weapons which can be used to commit genocide.

Words are powerful. Words shape our thoughts and our thoughts power our actions. By changing our words, we can be unwittingly manipulated to alter our behaviour.

Let’s say for instance that you had control of the levers of cultural power in a society. You controlled the newspapers, the movie studios, the TV channels, the universities etc.

Let’s say that you also wanted to persuade people to use public transport more often instead of driving their cars. Instead of the usual public awareness campaigns, you decide to change the word “driver” to mean “Paedophile.”

In the media, in the schools, on the telly, you take every opportunity to associate drivers with paedos. Every time there is an incident of child molesting, you point out that the perpetrator was someone who drove a car. You blow this up and pretend that driving cars is a clear sign of closet paedophilia.

Over time, if you drive the point hard enough and have no opposition, you will be able to associate driving, with paedophilia in people’s minds by the relentless use of mass media messages.

People will then become much more reluctant to be seen driving. They will start taking public transport whenever possible – especially if they have small children with them. Voila! You have changed people’s actions and behaviours by redefining a word.

Not so long ago, racism was as common and acceptable in Western countries as it was in the rest of the world. When we fought the Japanese in WW2, they were portrayed in the newspapers of the day as monkeys, inferring that they were intellectually inferior (a generalisation which was soon proven incorrect).

As recently as the early sixties, lodgings in London would commonly be advertised with the caveat of “No dogs, no Blacks, no Irish.”

Like all other ethnic groups, the indigenous English had a preference for their own group/tribe/call it what you will. They were racist in the old sense of the word. They would actively discriminate in favour of what they considered to be “their own people.”

But then, “the powers that be” decided to put an end to the racial preference of English for their own people.
It is not an easy task to force people to go against their instincts, but they did it by changing the meaning of the word.

The word “racist” was linked at every opportunity – in the media, in the schools, in the newspapers – to the word “bigot.”

Now these two words mean completely different things. Racist – at that time – meant to discriminate on the basis of race.

A bigot, however, is someone who attempts to win arguments by unfair means. The word “bigot” has extremely negative sentiments attached to it. It is the kiddie fiddler of the intellectual realm. Bigots use tactics such as verbal abuse, intimidation and refusing to listen or consider the arguments of those with opposing views.

Bigots are rude, dull, arrogant and the sort of people to be avoided unless you are equally crude and happen to agree with their sentiments.

No one likes to be labelled a bigot, not even bigots, and so by successfully intertwining these two words, White folks began to view racism as entirely unacceptable.

There was never any limitation on these group interests. Equality was not a goal, it was a stepping stone. Ethnic minorities, and particularly their leaders, wished to increase the power of their own ethnic or religious groups to the detriment of all others.

This is a natural human instinct. Of course, they sought acceptance and equality, but they did not want to become us. They coveted power. They wished to dominate all other races. They were, and still are, racist.

So, you can imagine, that this could have been a problem. Outlawing racism when your goal is extreme racism is a risky manoeuvre.

What was needed was to redefine the word “racism” itself. “Racism” could no longer mean “discrimination based on race.” It would be changed henceforth to mean “opposing the interests of Non-Whites.”

This was done very carefully and very subtly. It was carried out over a long period of time. It has been steadily expanded by pretending that “White” people carry some mystical unfair power and privilege which is in constant need of address.

Therefore, racism can never be directed against White people. Such racism is merely the righting of inequality and the implementation of righteous revenge.

I first rumbled this back in the mid-nineties when I happened to see an episode of one of those shows – Current Affair or Sixty Minutes or something. I’m not a fan of the genre, but I caught this one by chance.

This particular episode was about discrimination against traditional Anglo Aussies. I think it was set in Western Sydney and I seem to recall it was Muslim shop owners who were being exposed.

The crew sent an ethnic person into a shop (possibly a Halal butchers) to buy something. They then sent a traditional White Aussie into the same shop to purchase the same item.

Lo and behold, the White guy was charged considerably more than the ethnic person.

What shocked me was not the racism that the Aussie experienced. It was the label the film crew attached to this behaviour.

They branded it as “reverse racism.”

“How could racial discrimination be described as reverse racism,” I wondered.

“Reverse” racism can’t be the same as “racism”.

“Reverse” means “backwards” or “opposite to.” The only way that fits, is if “racism” means to oppose non-Whites. If that were the case, then discrimination against White people becomes “reverse” racism.

What surprised me when I thought about it this way, was that everyone had unconsciously accepted the new definition of racism.

Consequently, no-one blinked when racism against Whites was branded as “reverse racism.”

They all understood that racism did not mean “discrimination based on race.” They knew unconsciously that it meant “opposing the interests of non-Whites.”

This definition is now so ingrained that the most bizarre behaviour is being normalised and openly flaunted. Check out this poster for an anti- racism meeting at Sheffield University the other day.

OK, this is a student union. Those joints are always hotbeds of radical, Left-wing fruitcakes. Unfortunately, these nutjobs are the leaders of the future.

Here is a flyer I saw in a UK hospital when visiting my mother about two years ago.

If you think that having a piano dropped on your head sounds unpleasant, have a watch of this short video (which I found a link to in the treasure trove that is our comments section – thanks guys, particularly Bushbabe and Unbeliever).

Can you imagine, anywhere in the Western World, a black person being hysterically shouted down like this on the basis of his race whilst his fellow Blacks sit quietly by and say nothing.

This is how genocide begins.

What will things be like in 20 year’s time if we don’t start openly discussing this issue, sharing articles like this one and demanding the re-defining of racism to mean what it is supposed to mean?

I hope to God I never find out.

JOE MANCHIN IS A FREAKING HERO