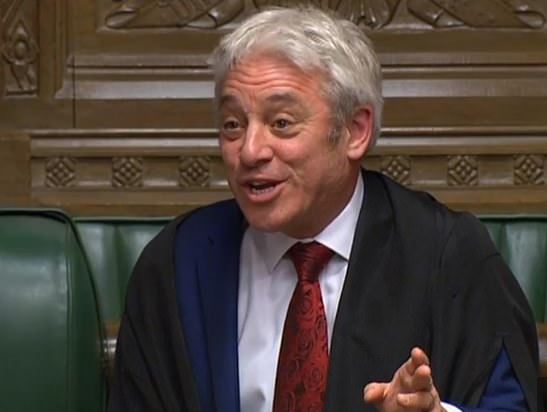 Well, the latest Brexit deal has again been voted down by the over privileged buffoons in the House of Commons. Getting rid of herpes would be easier.

Leading the charge, by fair means or foul, were Oliver Letwin and John Berkow. These two Jewish MPs seem convinced that putting the British people under the yolk of a German dominated Europe that welcomes in rabid Middle Eastern anti-Semites, will somehow be good for their people.

Strangely enough, I feel a sense of relief at the rejection of this deal. I don’t know the details, but I strongly suspect that it would have been Mrs May’s pig with thick red lipstick all over its ugly snout.

Howell Woltz confirms this, according to his sources, and he is rarely wrong on these matters.

The rejection of this deal keeps alive my hope that the UK will crash out without a deal due to a combination of bloody-minded stupidity, miscommunication and sheer incompetence.

This may sound heartless. A clean break Brexit is almost certain to cause a degree of dislocation in the short term. This could range from mild to severe.

What people fail to realise is that last time we had a confrontation with Europe, their U-boats were blowing our ships out of the water – and we still survived.

It is easy to say that from the comfort of Queensland, but I would say it if I was still there – as many good Poms still are. Many years ago, long before the EU was dreamed of, we had an Empire and then a Commonwealth.

Most every former colony joined the Commonwealth (suggesting that relatively speaking, the Empire wasn’t such a terrible place to be).

The basis of the Commonwealth was free trade – and membership gave huge advantages. Britain was an engineering and manufacturing powerhouse. In 1910, we built 80% of the world’s ships and dominated in many other forms of manufacturing.

What we couldn’t produce, was enough food for such a large population. Fortunately, we didn’t need to. We were able to trade with countries in the Empire – later the Commonwealth – which were net exporters of foods and importers of manufactured goods.

Australia, Canada, New Zealand, Rhodesia and others were all part of a vast, free trading network which was the basis of a massive increase in prosperity in all of the nations involved.

Some managed their affairs far better than others of course, though even the worst generally fared better than their neighbours as a trip from the Bahamas to Haiti or Nigeria to Niger would confirm.

Free trade was extremely popular in the UK for all these reasons. It was ingrained in our culture. That is probably why the European Economic Community (EEC) was fraudulently sold to us as a free trade agreement with the rest of Europe.

The laws we were supposed to cede were trivialised as simply pertaining to trade. Well you can fool most of the people most of the time, but there was one fellow who wasn’t buying the crap they were selling.

His name was John Powell and he was next level genius. The youngest professor in the entire British Empire, he would speak 12 languages before he died.

He was to the Right of the Conservative Party even then. By today’s standards, he would make Peter Dutton look like Karl Marx.

Despite this, he won and held inner city Wolverhampton for the Conservatives. Wolverhampton was a giant industrial metropolis full of working class, blue collar men, women and children and immigrants.

Not the sort of place you would expect to elect a well-heeled, highly educated man like John Powell, who was more commonly referred to by his middle name, which was Enoch.

Enoch was most famous (or rather infamous due to the hostility of the elites and the media) for his stance on mass, Third World immigration.

However, it was the issue of “The Common Market” which finally provoked him to resign. Not only did he resign, he told his constituents to vote Labour who at that stage were pretending to oppose entry to the EEC (a stance they would discard once in power).

Enoch predicted exactly what would transpire. That the EU (as it would become) would expand its reach until it made all of Britain’s laws. It currently makes 70% plus of them and this figure grows relentlessly.

As Powell pointed out, this would be the end of both our independence, and of our democracy. He knew – and told anyone who would listen – that once we allowed the camel’s nose in the tent, we would wind up with the whole stinking lot of it.

Up until that point, for centuries, an Englishman had the right to petition his MP when he felt aggrieved by a law.

His MP could then choose to take up his grievance in the House of Commons which had the power to pass, or to strike down any law which could affect any British citizen.

The EU laws by contrast were passed by people and institutions over which a typical British citizen had no leverage or ability to influence. Scarily, the UK Parliament would have no right to repeal EU Laws.

It is in effect a giant dictatorship with zero accountability to the people it rules over. For a man who had been prepared to give his life to prevent a German takeover, this was entirely unacceptable.

What a tragedy that the British people never listened to him. Had they been better informed however; I feel confident that they would have done so.

Unfortunately, the media was entirely controlled by that stage by the globalist left who lied at every turn. There was no Richardson Post in that day.

The result was bad for England, but terrible for Commonwealth countries like Australia. The impact on farmers here and in New Zealand was catastrophic. Instead of buying their cheap and high-quality produce, we were forced to buy overpriced French and German food.

Many Australian and Kiwi farmers went out of business or were bankrupted after falling heavily into debt.

To mask the difference in price, the European producers were heavily subsidised. Who subsidised them? Who do you think?

The Common Agricultural Policy was the EEC centrepiece under which farmers were heavily subsidised by industrial producers.

Pommy consumers no longer paid for their vegetables at the checkout. They now had much of the cost removed from their pay packets by one of the highest taxing regimes ever.

The UK’s top tax rate after Joining the EEC was a staggering 98%. Chancellor Denis Healy joked that he would squeeze the rich until their pips squeaked.

Even incurable Lefties like John Lennon had to high tail out of the country to avoid being robbed. Poor guy was murdered in New York instead. Nice work Denis.

UK manufacturing was slowly starved to death by high taxes combined with strikes and wage demands from workers whose cost of living was skyrocketing at 25% a year.

There were many problems in the UK at that time, not all attributable to the EEC/EU. However, the subsidising of food meant that even without tariffs, cheap and high-quality produce from elsewhere would struggle to compete.

Ironically, the labyrinthine EU rules meant that small farmers were squeezed out of business by giant Agri business conglomerates who raped and pillaged the environment whilst greasing the bureaucrats in Brussels for ever greater subsidies.

There is no guarantee that the UK will finally revert to becoming a low tax, low regulatory regime which it was in its heyday.

However, if it remains in the EU it has no chance. It will inevitably sink to become a forgotten province of a corrupt and increasingly dysfunctional dictatorial mega state. Who knows what will happen when that creature inevitably collapses in on itself?

Alone, however, I believe that the UK still has what it takes to forge ahead and reclaim the belief it once had in itself. Whether they will manage to grasp that future is unknown. I do know that within the EU, they have no chance.

For that reason, I continue to pray for a clean break Brexit and not some drawn out, never ending abortion of a deal. If done right, it would be a Godsend for both the UK and Australia.