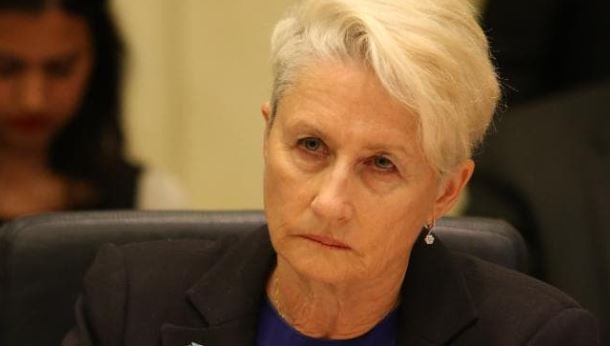 Kerryn Phelps is back in the news again. Remember her? She is a Jewish, lesbian, human rights and third world immigration advocate and avid Richardson Post reader (possibly).

She was also half of the first same-sex couple to adopt a child in NSW and possibly the first person to be elected to Parliament by winning just 29% of the vote when the loser Dave Sharma took out 43%.

That could only happen under Australia’s rotten preferential voting system of course and is yet another rotten plank in this whole rotten system.

Having spent just six months in Parliament, Phelps is famous for the Medivac bill. This legislation compels the Government to bring asylum seekers (don’t call them illegal migrants) housed on Nauru or Manus Island to Australia on the say so of the doctors over there.

Australians probably wouldn’t mind the cost of presumably chartering an air ambulance to ferry these people to Australia for medical attention if they could be sent back again. Apparently, they can’t.

It might not stick in our craw so much if the doctors had a better diagnostic ability. Of the 135 flown over so far, only 13 have been hospitalised.

Five of them were so sick that they refused treatment altogether and 43 refused X-rays or pathology tests. Wow! Imagine a job where you could be wrong 9 times out of 10 and still not get the bullet?

None of those flown here are still in hospital and to my knowledge and none are being looked after by reputed multi-millionairess Kerryn Phelps.

Six of them are considered a security threat. Where they are living is anyone’s guess. Probably not in Wentworth, however. That’s probably just as well since, ironically, the proposed Bondi Synagogue was blocked by Wentworth council due to terrorism fears.

You might have thought that incident would have dampened the Jewish community’s appetite for importing terror suspects, but it doesn’t seem to have registered with Ms Phelps.

The Liberals are trying to repeal the legislation. Peter Dutton (the man who should have been our Prime Minister) said the current arrangements were a “con”, and a “back door” way of getting people here from Nauru or Manus Island.

The legislation should get through the lower house but in the senate will depend on at least 4 independents as Labor and the Greens are against it.

Cory Bernardi, Pauline Hanson and Malcolm Roberts should be on board though Jackie Lambie is an unknown. You may want to drop them a line to check.