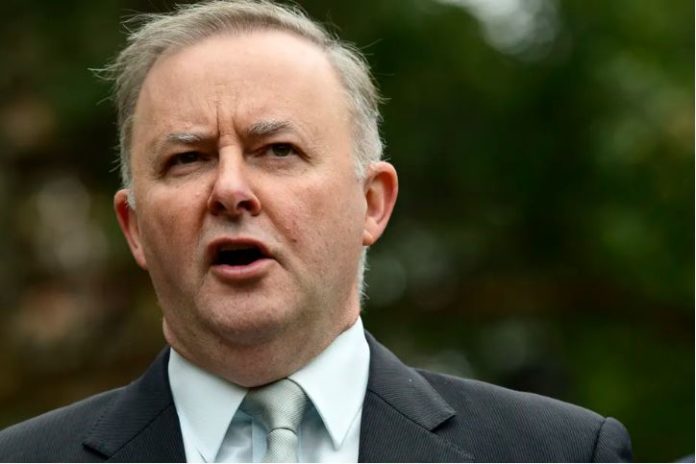 The current dust up between Albanese and John Setka is symptomatic of the problems of the political Left. and organised labour as a whole.

The basic problem is that the interests of the unions, the Labor party and Australian workers, just don’t always align.

The Labor party was pretty much a creation of the union movement. However, it has evolved, and needs to appeal to a much wider section of the nation in order to have a chance of returning to Government.

Union members make up a very small proportion of our society today. The problem for unions is that their business model relies on them convincing their customers (the members) that they can do things for them, which they generally can’t.

This isn’t a bunch of sour grapes. I say this as someone who was a union delegate for ten years and a union member in the most militantly unionised sectors of any economy in the world (engineering construction in Australia).

I worked in union and non-union jobs and for the most part was grateful for union participation.

What you need to know about a union is that it is a business – a service business. It charges a fee to its customers and provides a service in return.

In theory, this isn’t a bad idea, as most workers are not skilled negotiators. Bosses on the other hand are.

That is their main skill set. Someone running a company has to be a skilled negotiator otherwise they will go out of business

In theory then, a union is a good idea. Unions can negotiate a deal for a worker or a group of workers and ensure that the employers stick to the deal.

They can provide lawyers when companies fail to do the right thing. This is the value they have for workers.

Unfortunately, in practice, this service isn’t as valuable as it sounds. Wages are set by markets. A good union negotiator may squeeze wages up a fraction above market rates but that is all.

For most people, this wouldn’t cover their union dues.

Also, contrary to what the unions would have you believe, mass withdrawal of labour is nearly always counterproductive. I know, I’ve been on strike many times.

Any benefits are minimal and never come close to recouping the lost time. Companies can never give in to strike demands or they risk being ruined by constant strike action.

Consequently, unions need to be dishonest. Like any other business, they oversell their benefits to gullible workers. They pretend that strike action is beneficial to workers.

In fact, the only ones to benefit from strike action is the union. They use the conflict to scare workers into joining the union, believing they will gain from it. In reality, it is only the union that gains.

Many, or even most, union organisers and delegates don’t see things this way of course. They genuinely belive that they are fighting against evil and greedy bosses.

The bosses are no greedier than the workers of course. Both workers and employers are simply negotiating for a share of a pie. That process is simply a normal and healthy negotiation to reach a deal which is attractive to both parties.

The worst thing that unions do, however, is the cartelisation of their industry niche. Setca, represents the builder’s labourers who don’t have the skills to do this successfully, but the Electricians Union can – and do.

Labor passes laws to make striking easier and promotes labour cartels. Australia is one of the few countries in the world where it is illegal to change a tap washer or a light fitting if you are not in the right cartel.

There are reasons why electrical and plumbing work should not be “open slather,” but the main one is the pressure from the unions. You could make a strong argument for why it should be illegal to work on your own car’s brakes.

Motor mechanics are unable to organise collectively, however, which is probably why it isn’t.

The worst part of this cartelisation of trades, is the raising of apprentice wages to a set level.

Companies agreed to this initially because in the short term, it didn’t affect their business model too much. All they needed to do was reduce the number of apprentices.

Union members fought for it because it sounded like a good thing to do, helping the apprentices.

Apprentices are a liability. They are young, lack experience, motivation and often times have poor attitude.

They require education and constant monitoring. They are prone to make mistakes which can be costly. Traditionally then, Apprentices wages were very low to reflect this.

During the latter part of the apprenticeship, a company would recoup their investment as the youngster became more productive and focused, yet still worked on low wages.

The apprentice who stuck it out, wound up with valuable trade skills which set them up for a lifetime of higher wages. The companies who employed them made a profit.

When apprentice wages were raised, they became unprofitable. companies could not afford to hire more than a few of them. The lucky ones were usually the sons of either the boss, or the supervisors. Everyone else was locked out of the trade.

The shortage of skilled workers that this created, raised wages for those lucky enough to be in the cartel. Unfortunately, it damaged their industries and the nation as a whole.

In particular, it slammed the door in the face of the younger generation, who like me, wanted to work in trades but were shut out by the cartel.

Now, the Government is looking to import electricians from Indonesia because Australia doesn’t have enough of them and the Electrical unions are crying foul.

Yes, it is shocking that the Government is importing electricians into Australia to fill a skills shortage when youth unemployment in many places is running at over 15%.

Unfortunately, that is what you get when you cartelise your trade in order to enrich yourselves and screw over the rest of the country.

The government should be using its power to cut barriers to Aussie kids entering trades instead of trying to take over the job of training those kids themselves.

That means that they should remove any coercive legislation regarding the pay levels of trainees in any industry whatever.

Employers and employees should be free to strike a deal which suits them both. Whatever that pay level is, is nobody’s business but their own.

Youth unemployment is a national tragedy. It is the root cause of untold evils and a tragic betrayal of our youth.

Labor and the unions should face up to the damage they have done and remove any barriers to companies hiring young people at whatever rates suit them.

We need to put our kids first and outlaw labour cartels like we outlaw any other cartel. The fact that we need to bring in skilled electricians from Indonesia for Christ’s sake, should be a wake up call to all of us.

Why Shouldn’t The Dead And Dogs Get To Vote? This...