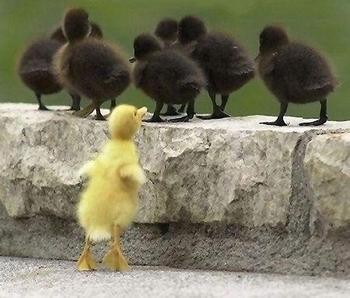 Words matter, they matter a lot. Words define our thoughts and our thoughts drive our actions. By the manipulation of language it is possible to effect changes without people even realising what has happened.

Over the years, the definitions of the words in our dictionaries can gradually change. Often times this happens so slowly that we barely notice. Sometimes, this may be a natural process of change.  Sometimes, it isn’t.

The corruption of language can be driven by groups or individuals with agendas. It seems hardly likely that those agendas would be in our best interests.

George Orwell understood the danger posed by the corruption of language and knew who was responsible. He railed against the excessive use of long and unnecessary words, over complex sentences and vague and inaccurate descriptions. Orwell saw how this, “newspeak” as he called it, was used as a shield by the political classes to hide and distort despicable truths.

The gradual redefinition of common words is one of the most effective techniques for advancing a hidden agenda. The process is quite simple. First you take word X which is widely agreed to be undesirable. Then you gradually redefine word X to cover concept Y which you wish to eradicate. When someone expresses support for concept Y, you shut them down by simply accusing them of being an X.

One of the most devastating examples of the power of this technique is the redefinition of the word “racist”. Once upon a time, the word “racist” referred to someone who disliked or discriminated against people based upon their racial characteristics or background.

Race is a strange concept which, in itself is difficult to define. Is an Englishman of the same race as a Welshman? Are the Irish and the Scots a different race? When people advance racist arguments, they invariably stumble into a quagmire of inconsistencies and anecdotes.

In order to justify themselves, many racists simply refuse to accept or even consider the arguments of others. In effect they commit an act of bigotry, using belligerence to make up for a lack of rational thought.

Whilst bigotry is common among racists, the word itself has now been redefined to become synonymous with it. A racist is automatically branded as a bigot and the word bigot is assumed to mean “racist”.

Racism is now automatically considered to be the sole domain of the stupid, uneducated and belligerent. This wouldn’t be so bad, except that the word racist has itself been altered. This process has already had a devastating impact on our society. If left unchecked, things could get far worse.

The last couple of centuries have been a time of European dominance in world affairs. Naturally this state of affairs has led to many instances of abuse of power by Europeans. By today’s standards, many of these situations are quite shocking. When compared with the expansion of other great empires however (that’s right Ghengis, I’m talking about you), they were for the most part relatively muted and infrequent.

To the credit of Western cultures, we have undergone a self-examination and made considerable efforts to right past wrongs and level playing fields. As part of this process, we have focused on the racism of “whites” against “non-whites”.

This process has been gradually hijacked however and racism has been surreptitiously redefined as discrimination which can ONLY originate from a “white” person and can ONLY be directed towards a “non-white person”.

The intense irony of this situation is that by this process, racism has become not only acceptable, but often quite desirable. Furthermore, people who criticise certain types of racism are now denounced as racists. By extension, they are characterised as stupid and belligerent bigots.

Consider, for instance the situation in Zimbabwe in the late nineties when Robert Mugabe decided to dispossess white farmers of their land. It is hard to think of a more blatantly racist action, yet if anyone ever accused Mugabe of racism, I am not aware of it.

In fact when British PM Tony Blair protested this action he was promptly silenced by Mugabe who, with a completely straight face, accused him of racism. The sad and yet completely predictable irony of that situation was that the people who suffered most (apart from the whites who resisted and were murdered or tortured) were the indigenous black Africans who soon found themselves facing starvation and misery.

A more recent example was provided last weekend in Tunisia. After the bloodbath perpetrated by devout Muslim Seifeddine Rezgui , Tunisia’s President Habib Essid  closed down 80 mosques which he described as “Full of venom”. Naturally there wasn’t so much as a peep from the Refugee Action Group, Unite Against Facism or Gay Welsh Against the Bomb. The ABC never phoned Sarah Hanson-Young, or even Zaky Mallah for their opinions and Barack Obama was eerily silent.

I’ve been involved in a number of campaigns to stop mosques and every single time, I’ve been accused of spreading racism and Islamophobia. Can you imagine then, the hysteria if Tony Abbott were to cancel the building of a mosque let alone, God forbid, to actually close one (or 80) down?

The screams would likely be audible in Tunisia. Judging by recent events, I think that Obama would consider sending troops to execute regime change (or at least some targeted drone strikes on National Party Headquarters) and UN sanctions would be in place by next Thursday.

Habib Essid can shut down mosques without a peep and Tony Abbott can’t. We all know the reason for this is because Essid is a Muslim and is not considered “white” while Tony Abbott is a Christian who is (not that Islam is a race, but that doesn’t stop the politically correct from pretending that it is).

This is a small, yet telling example of the discrimination which is increasingly being aimed by anti-white racists against “people without colour”. You don’t need me to list all of the racist laws and practices pursued by the Australian Government. All of these laws and practices discriminate against people who don’t belong to the Aboriginal race.

There is now a push to cement this racism into our Constitution. This evil racism goes against everything our culture has stood for over centuries. It undermines the goal of equality of all individuals, regardless of race. Sadly, anyone who points this out will be branded as a racist and an ignorant bigot.

What bothers me most is not the small day to day annoyances, the gradual erosion of free speech or the constant denigration of the most enlightened culture ever devised. It is the mental picture of a frog being slowly boiled and the feeling that if we don’t act soon, it may be too late.

Racism needs to be redefined back to its true meaning as a matter of urgency. We need to accept and examine the fact that all people can be guilty of racism and all of us can be victims of it, no matter what colour we may be.

We need to reclaim the word racism and demand that it be used in its true meaning. We need to take back this word and start using it in its proper context. When we see racism, we need to call it out for what it is, no matter what race the victim or the perpetrators may be.

We need to be clear that discriminating in favour of Muslims and “people of colour” means discriminating against people who aren’t. This isn’t “positive” discrimination, it is just good old discrimination dressed up in high handed “Newspeak”. This has been done deliberately to make evil intent look like an act of kindness.

The people who should be dealing with this issue are the ones who never will. They either have their heads in the sand, or else jammed in a highly lucrative trough with no incentive to ever pull it out.

As usual it is up to us, the little people, the nobodies, the lumpen proletariat, to stand up to this onslaught. What has driven the success of the English speaking people is our rejection of the abuse of power by our ruling classes.

We must watch for this pernicious practice and call it out whenever we find it. Every time we do this, we help to redefine the word back to its original meaning. We have truth and common sense on our side. We just need the courage of our convictions and a belief that what we say is right.

It is time for the people of Australia, and of the whole Western world to reject this evil racism and stand for the principle of equality which made our societies such safe and agreeable places to live.

This shows clearly who the real racists are.