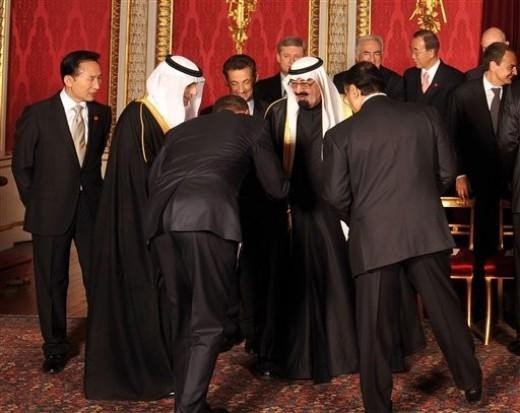 Einstein defined insanity as doing the same thing over and over and expecting different results. If he was right, then Government policies for combating Islamic violence are nothing short of insane.

Over and over they continue with the same old claptrap theory. “If we just give enough money and recognition to 'moderate' Muslims, these people will fix our problems for us”.

This assumption is so flawed on so many levels that it is difficult to know where to begin. I will however try to outline a few of the more glaringly obvious insanities underpinning this fantasy.

Anyone who knows the story of Mohammed will understand that his life is the example for Muslims to follow. During the 23 years that he declared himself a prophet, Mohammed’s behaviour went through a number of stages.

During the early days in Mecca, he was without power and surrounded by a potentially hostile peer group. At that time, he was cautious, measured and “moderate”. As he gained more followers and more power however, his tone became steadily more confrontational. He ridiculed the religion of his contemporaries and demanded that they convert to his religion or rot in Hell.

Eventually, he would flee to Medina where his power grew exponentially. Within short measure, he began sending war parties to attack, rob, enslave and kill those who would not submit to him and his religion.

This violent, “extremist” phase was far more successful than his “moderate” phase. During this period he went from being leader of around 150 souls, to being the King of all Arabia.

Mohammed’s stated goal was the conquest of the whole world by Islam. His tactics and strategies are believed by devout Muslims to be God given models for success. Mohammed’s early “moderate” stance is seen by Islamic strategists as a necessary stage of Islamic conquest in times and places where Islam is weak. It is not seen as a goal in itself.

The strategy of trying to boost moderates within the Islamic community is therefore doomed to failure on two fronts. Firstly, politicians seem utterly clueless with regard to what a moderate Muslim looks like (not currently carrying a rocket launcher seems to be the main criteria).

The second problem is that “moderation” is something that is imposed on Muslims through lack of power and opportunity. The more money, power and resources we shower on them, the more likely they are to jettison their moderation and move up to the next level.

A classic example of this, is President Obama’s promotion of the Boston Islamic Centre as a haven of moderation. I’m sure that the official recognition of their importance in combating “extremism” comes with all sorts of generous grants and funding. The full extent of this largesse will be revealed in time, but as Barry Obama’s favourite Mosque, I’m guessing that the figures will be substantial.

Despite (or perhaps because of) the support they have received from the American taxpayer, their record of moderation is less than impressive. In fact, no fewer than 12 of their members have turned out to be hard core terrorists.

If it had been just one or two casual attendees who turned out to harbour extreme views, we could put this down to coincidence. More than three is starting to look suspicious, but twelve?

One of these twelve, is Abdurahman Alamoudi, the founder and first President of the mosque, who was sentenced in 2004 to 23 years in jail for plotting terrorism and raising money for Al-Qaeda.

Surely that should raise some eyebrows in this day and age.

Other notable worshippers include:

The burning question of course is, how come the President of the USA can’t figure out that this Mosque is not a "haven of moderation”? He has access to sources of information that make Google look like a pocket dictionary. The NSA, the FBI and the CIA have multi-billion dollar budgets. They can intercept every phone call or email anywhere in the world. If a mouse breaks wind in South Waziristan, they will know about it.

The answer lies in the way governments operate. They are huge unwieldy bureaucracies which react to incentives and influence. Influence comes in two main forms, money and votes. Of course Western Governments need votes, but with enough money they can afford slick marketing campaigns to bring these in.

This system is deeply flawed but as Churchill pointed out, the only systems which are worse are all those we tried before.

There are many different groups exerting influence on governments. Some of the most influential include the farm lobby, the union movement, the tobacco and alcohol lobbies, big pharma and, in the US, the gun lobby.

One group which is widely assumed to have enormous power is the Jewish lobby. Some people seem convinced that every decision that every Western government makes is directed by shadowy Zionist Jews who undoubtedly punch well above their weight in such matters. They also seem to be overrepresented in our deeply flawed monetary and banking system.

That said, I believe that today, there is a far more influential group whose ultimate aim is far scarier than anything the pro-Israel lobby is likely to dump on us.

In his 2004 film, Fahrenheit 911, committed socialist Michael Moore attempts to film outside the embassy of Saudi Arabia in Washington. Within minutes he is surrounded by a group of men in black suits and sunglasses, who are almost caricatures of FBI special agents.

They demanded to know what he was doing and whisked him out of the area before you could say “Radical Jihad”.

According to Moore, in the aftermath of 9/11 when America’s staunchest ally, John Howard was grounded due to suspicions he might be a terrorist, the FBI was flying around the country picking up members of Bin Laden’s family and the Saudi Royals before flying them out of the country.

What he has failed to note however, is that the Press have also refused to investigate the links between the Democrats and Islamic extremists since Obama took over the Whitehouse. In fact, one of Obama’s first overseas trips as President was to Saudi Arabia, where he bowed low to the Saudi King.

Had he investigated this “free pass” further, it might have occurred to him that the Press couldn’t be on the side of the Republicans AND the Democrats. If they aren’t, then the only logical conclusion would be that the free pass is in fact being extended to the high ranking Saudis and Islamic extremists.

It is inevitable and expected that elected governments pander to their financial backers, generally to the detriment of their citizens. However when politicians promote the interests of a foreign power which seeks the overthrow of the Government itself, they leave themselves open to the charge of treason.

Tony Blair rather astutely sidestepped this risk by abolishing the crime of treason in the UK. The Queen then obligingly signed this Bill into law. The intention may have been to avoid prosecution for signing away the power of the British Parliament to a foreign power in Brussels. Conveniently however, it also gives them cover for the promotion of the Islamic political and legal systems, including the setting up of Sharia courts across the British Isles.

Closer to home, Tony Abbott has been a major disappointment to his core constituents who still believe in such quaint ideas as freedom of speech. In a recent development he has caved in to pressure from voters to establish an inquiry into the Halal rort.

In a brazen display of just how keen Abbott is to not fix this issue however, the Government has appointed Sam Dastyari to head the committee of inquiry. Sam Dastyari is an Iranian born Labor senator who was parachuted in a casual vacancy.

The ALP website proudly tells us that his parents were student activists in the Iranian Revolution.

I assume that was the same Iranian revolution where student activists invaded the US Embassy, took all the Embassy staff hostage and threatened to kill them if their demands weren’t met. These student activists reportedly played Russian roulette with the unfortunate handcuffed Americans, repeatedly threatened them with execution and even carried out a mock execution on the blindfolded and handcuffed prisoners in the middle of the night.

Aside from this, they were regularly seen on TV chanting death to America and its allies, burning American flags and screaming their allegiance to the goals of the Islamic revolution. Tony Abbott’s decision to put someone from such a background in charge of the Halal investigation screams a message to those who are listening.

The great tragedy is that Tony Abbott is far and away the best of a rotten bunch. If Labor and the Greens come to power after the next election they will sell us down the river without a moment’s hesitation. This would be a disaster for the freedom and prosperity of the people of this great nation.

The knowledge of what is happening is now widespread and ignorance of the law is no excuse. The government has received copies of my book and thousands of Richardson Post readers have written to them asking them to read it and consider the implications. I feel confident that many others have done likewise.

The committee considering Halal will also be receiving a copy each so they cannot pretend that they are unaware of the issues involved.

At this point in time, I believe we need to put our leaders on notice that their support for our sworn enemies constitutes treason. We also need to be vigilant. Australian politicians may well follow Tony Blair’s appalling example and abolish the crime of treason altogether. When your government legalises plots to overthrow a legitimate democratic government, you need to start paying attention.

In the meantime, we all need to redouble our efforts to educate Australians about the dangers we face. I have confidence that once we reach critical mass, cheerleaders for Islam will be forced to capitulate. When that happens, the whole charade may well unravel faster than anyone could imagine. This might sound fanciful but no-one predicted the fall of the Berlin Wall, until it fell.

If it does happen, the backlash against politicians, councillors, journalists and other treacherous leaders will be ferocious. I for one will have little sympathy for them.

(N.B. For those who believe that the Jewish lobby is a monolithic bloc, firmly behind Bush and the “Neocons” it is worth noting that the anti-Bush film Fahrenheit 911 only saw the light of day after Jewish film moguls Bob and Harvey Weinstein fought tooth and nail with Disney to have it released. They eventually had to fund it with their own money. Moore’s agent was Ari Emanuel whose father was a member of radical Zionist group Irgun. Michael Moore, who is well known for his hatred of rich white men, is reputed to have been paid $20 million for the film, but sued the Weinstein brothers fora further $2.7 million. He is also white.)

UPDATE FROM SYDNEY: THERE ARE 141 NEW COVID HOSPITALIZATIONS – PREMIER...