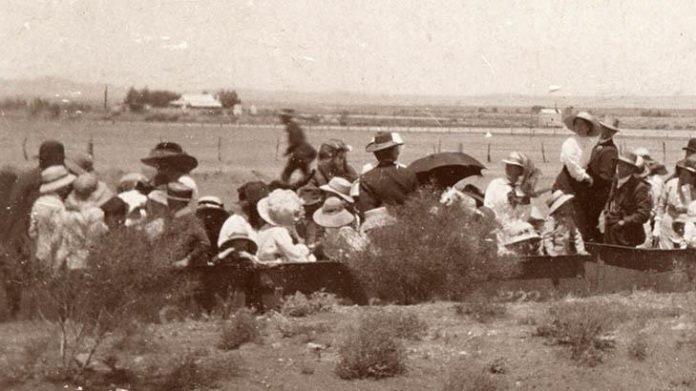 I hate it when the alarm goes off at stupid o'clock on Anzac morning and I know I have to drag myself out of bed to go to the dawn service. At the same time I love the way that this small deprivation forces me to think of the sacrifices that were given to create this amazing society that we live in.

Any war is hell, and what the diggers went through at Gallipoli was worse than most. It's hard for us to think of something as barbaric as war being conducted in a more civilised manner. In the West however, that is exactly what we have attempted. It has long been understood that despite being so unpleasant, war is unfortunately an inevitable part of life. Because of this, rules were developed and eventually codified into what became the Geneva Convention.

One of the major aims of these rules is to minimise the impact of military conflict on civilian populations. It is understood that civilians will sometimes suffer in war and this is unavoidable.

Deliberately targeting civilians however is strictly off-limits and is considered to be a war crime. That is not to say that this has never happened in the Western world. The fact that we forbid it however, says a lot about who we are as a society.

We are certainly not the first society to make rules about war. In pre-Islamic Arabia, (what the Muslims refer to as "the time of ignorance") there was a very strong taboo about carrying out acts of war during the four holy months. This is most likely to facilitate the trade on which the Arabs depended for their livelihood.

When Mohammed began his career as a warlord, he and his men were rather spectacularly unsuccessful. The first seven raids in fact, ended in failure and so his men decided to tear up the rulebook. They attacked and killed unarmed people during the holy months. After that, Mohammed and his men began to have success. Fortunately for Mohammed, his God Allah, sent down justification and the following verse of the Koran was revealed to Mohammed, according to Mohammed.

2:217 "When they ask you about fighting in the holy month, say: Fighting at this time is a serious offense, but it is worse in Allah’s eyes to deny others the path to Him, to disbelieve in Him, and to drive His worshippers out of the Sacred Mosque. Idolatry is a greater sin than murder. They will not stop fighting you until you turn away from your religion. But any of you who renounce your faith and die a Kaffir will have your works count for nothing in this world and the world to come. These people will be prisoners of the Fire, where they will live forever."

It was this blank check to ignore the rules of war which would drive the success of Muhammad and the Muslims from that day to this.

Every rule or restriction which civilised people upheld was ignored completely in the Islamic vision of conquest.

The fight against the Turks at Gallipoli was fought under the normal rules of war. No one could blame the Turkish military for trying to repel a foreign invader. They certainly did not attack any civilian targets. In that instance of course, there were no civilian targets for them to attack. Our military had travelled to their land and it was therefore a strictly military campaign.

There was however one battle in World War One which was fought between the Muslims and the Australians in Australia itself. In that particular case, things were very different.

The battle was known as the battle of Broken Hill. Two Muslim men from what is today Pakistan, had been brought to Australia as camel drivers. One subsequently became an ice cream seller and the other became a Halal butcher.

On 1st January 1915, the two travelled to an embankment overlooking the train tracks on the way out of Broken Hill. They knew that an open sided picnic train would be passing, packed with civilian men women and children (see pic). When the train came in to sight, they unloaded 20 or 30 rounds into the helpless passengers.

By the time they had been tracked down and killed, they had killed four and wounded seven more. Had they been better shots or had better weapons, the death toll would undoubtedly have been much higher.

Both men left suicide notes stating their allegiance to the caliphate, their intention to die for their faith. One signed off with the now familiar words, “All?hu Akbar." Today, this behaviour is becoming depressingly familiar, but at the time it must have come as quite a shock.

When these men were allowed into Australia, I am sure the government had no idea of Mohammed's life, his laws and his instructions to his followers about how to wage war. They would have had no knowledge of what fanatical suicidal jihad was really like. They did not have the Internet, Google, or books such as mine which explain how the system works.

Today the Australian government has no such excuse. This information is at their fingertips and they have an obligation to investigate the whole subject. Instead, they are trying to downplay this important part of our history. For that reason, I believe our Anzac services should also commemorate the Battle of Broken Hill.

Perhaps they could also give a mention of the other horrors of Jihad for the last 1400 years, lest we all forget.