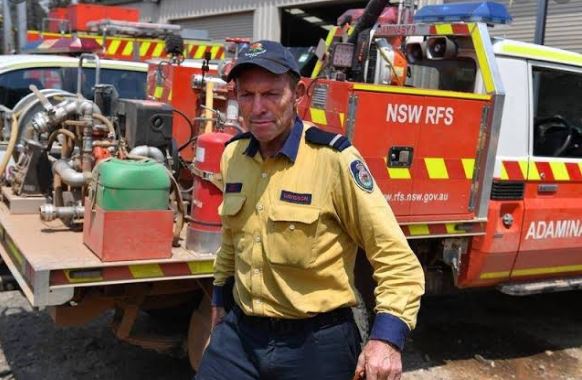 Australia has just experienced some of the worst bushfires in recent history. Bushfires are nothing new on this continent, but the scale and severity has shocked many.

Obviously, people are casting around and wondering what has caused such devastation. Many mainstream media pundits have put the blame squarely on climate change (specifically Global Warming).

Climate change may or may not be real. It is not, however, responsible for the current crop of Australian bushfires.

How Do Fires Start

As I have mentioned before, I spent a lot of time as a welder in an oil refinery. When you are in that position, people talk to you about fire danger – a lot.

There is an illustration they use called “The Fire Triangle.” It is simply a triangle with the three things needed to start and sustain a blaze.

They are: fuel, oxygen and an ignition source.

Remove one or more of these from the equation and it is impossible to have a fire or explosion.

There are other factors which are incidental to the process. One of these is heat. If we increase temperatures far enough, fuel can combust spontaneously. Cool things down far enough and fires will burn slower and be harder to start.

Climate Change is a Prediction, Not a Current Reality

Climate change is more of a prediction than a reflection on our current situation. It is a prediction that in the near future, the average temperature of the planet will rise by one or two degrees (depending on who you listen to).

If we go back around 1000 years to the Medieval warm period, temperatures were as warm, or even warmer than today.

Temperatures then fell until during the 1700s, the Thames froze so hard that there were massive fairs held on the ice during winter. This climate change was not influenced by CO2 levels.

Then temperatures rose until the 1940s. This rise was not influenced by CO2 either. Next, temperatures began falling into the 1970s as CO2 levels rose slightly.

From the 1970s. temperatures have risen slightly but currently seem to have plateaued off. Official consensus is that this rise is caused by increases in CO2 levels and increasing CO2 levels will cause further rises in temperature.

No one sensible is saying that current temperatures are outside of the fluctuations of the last 1000 years. Whether the predictions of warmer weather will come true, is not certain.

Earlier predictions in the ‘70s of a new ice age were unfounded. So were more recent claims that by now, the Arctic would be ice free, Glacier National Park (in the USA) would be glacier free and Thredbo would be without winter snow.

The point is, that whatever happens to temperatures in the future, the Earth’s current temperature is not particularly high.

Temperature Rises are Concentrated in the Cold Areas

You will also remember (because this has been emphasised repeatedly) that temperature rises will be concentrated in cold areas.

The biggest changes will be happening at the Poles. That is why the ice will melt and everyone will need to move their towels further up Bondi Beach to keep dry.

Polar bears will drown, and Al Gore’s beach front mansion will be under water. You remember all that right?

So, if average temperatures have risen by less than 1 degree, peak summer temperatures must have had much smaller increases.

Fire fighters will often burn off in winter when temperatures are 20 or 30 degrees cooler. You don’t hear them cheering when the ambient temperature drops by half a degree. It just doesn’t make a noticeable difference.

The other claim made about the impact of Climate Change on fires is it that Australia’s current savage drought is climate related.

This drought is not Climate Change related. Rising temperatures (even slight ones) do not reduce rainfall. Anyone who has visited the equatorial regions would know that.

High temperatures cause higher levels of evaporation. That is why the tropics are so wet.

Ocean temperatures and currents have a large influence on levels of rainfall. Australia has two main drivers of rain. The first of these are the El Niño and La Niña effects in the South Pacific. The second is the Indian Ocean Dipole.

This short video from the Bureau of Meterology explains why and how, these two factors have interacted to cause our current, savage drought. It has nothing to do with a changing climate.

During recent times, Australia has greatly increased the amount of land which is given over to wild forest. That is something I would generally approve of. It does however, come with risks.

We have also seen many retiring city dwellers looking for a “tree change” and moving to live in close proximity to the increasing forests.

Again, I can definitely see the attraction of waking up every morning in such an idyllic setting – but it obviously comes with a risk attached.

There are many other factors which may have contributed to this disaster, not least, the many people who have been charged with arson (who would represent the tip of a very sick iceberg).

Anyone who tells you that this devastation has been caused by Climate Change, therefore, is either ignorant of the facts – or promoting an agenda.

Gigantic sums of money are being diverted due to a belief in the prediction of imminent Global Warming.

Many wealthy and powerful people have positioned themselves to benefit from this wealth redistribution. These people have a dog in this fight. They are more than happy to try to scare people into believing in Climate Change.

Scientists are Being Persecuted for Disagreeing with the AGW Prediction

Recently, a scientist was fired for disagreeing with similar false claims of damage inflicted by Global Warming.

Peter Ridd worked at James Cook University which is situated adjacent to the Great Barrier Reef. He was the head of their Physics department from 2009 to 2016, and head of the Marine Geophysical Laboratory at that institution for 15 years.

Peter was involved with documenting and measuring changes in the reef. Peter did not disagree with any climate change predictions. He did, however, disagree with the University’s position that changes on the reef, were being caused by Climate Change.

His research simply did not support this theory. When he challenged this assumption, he was sacked. He appealed this decision and won.

I won’t go into details, but next time you hear that 97% of scientists agree with the Global Warming prediction, ask yourself how many of these guys are simply going along with it because they don’t want to wind up flipping burgers at McDonalds.

Many years ago, a very successful old guy told me, “Harry, if you want to know what’s going on, always follow the money.”

Looking at the Climate Change/Global Warming debate through that prism brings the subject into stark relief.

There are numerous disparate players who have a vested interest in these predictions. Australia alone is funding a package of 500 million bucks to the Pacific Nations to help them deal with Climate Change.

That is just from Australia. These dictatorships have seats on the United Nations. They have hundreds of millions of Australian taxpayer’s dollars and are expecting much more. How badly do you think they want to support this prediction?

They probably also donate handsomely (although probably indirectly through intermediaries) to our political parties. These political parties appoint University chancellors who coincidentally, have little patience with scientists who challenge the prevailing consensus on Climate Change.

Do you get the idea? This is just one group. There are many more. Oil companies are big supporters of this Global Warming prediction. They promote gas as a cleaner alternative to coal (coal burns just as cleanly these days, but they keep that under their hats).

Gas, which was once flared off at the well head, is now sold at high prices for electricity generation.

The destruction of our cheap, coal fired power grids has caused much of our energy intensive industry to leave. Where did they go?

Well, they went to China and India who are each building cheap and reliable coal fired power stations at a rate of around one per week.

These gigantic nations have been given a free pass to produce as much CO2 as they like. That influx of Western companies seeking cheap power has been a major driver of the so called “Chinese Miracle.”

Do you think the Chinese and Indians want to see opposition to the Global Warming prediction? Of course, they don’t. Meanwhile, ASIO has found increasing evidence of a cashed-up China influencing Australian Government policies.

Which side of the Climate Change debate do you think they are supporting?

Banks are also rubbing their hands together. They salivate at the fees they will collect from a “Carbon Credit” market. Former Goldman Sacks chief Malcolm Turnbull was instrumental in ousting Climate Change sceptic Tony Abbott and ensuring we signed up to the Paris agreement. Coincidence? Follow the money.

Money is Influencing the Climate Debate

I could go on and on and we will do in future instalments but for now, I think you get the picture.

Climate Change is a prediction which may or may not come to pass. The people who are supporting this prediction have a strong vested interest. That is why they are so aggressive in promoting it; and attacking and discrediting anyone who disagrees with them.

It used to be said, that scientists who were sceptical of Global Warming were working for Big Oil or major power companies. This is not the case now, if it ever was.

Power companies have been bought off with huge subsidies. Oil companies are making a fortune from gas sales.

Feel free to believe in the prediction of a warmer future. Just be aware that the seeming consensus among establishment scientists, Government departments, Universities and media outlets is backed by massive vested interests who have a a huge amount to gain. 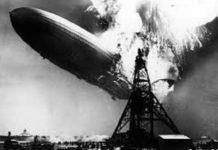 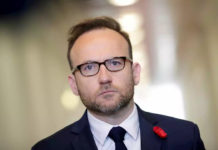 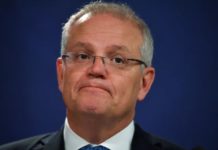 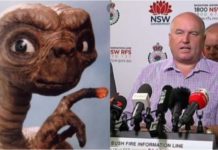 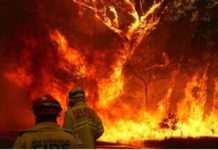 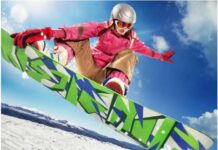 IT’S OUR ABC – WE WANT IT BACK

TIME FOR TURNBULL TO INFILTRATE THE LNP FROM WITHOUT