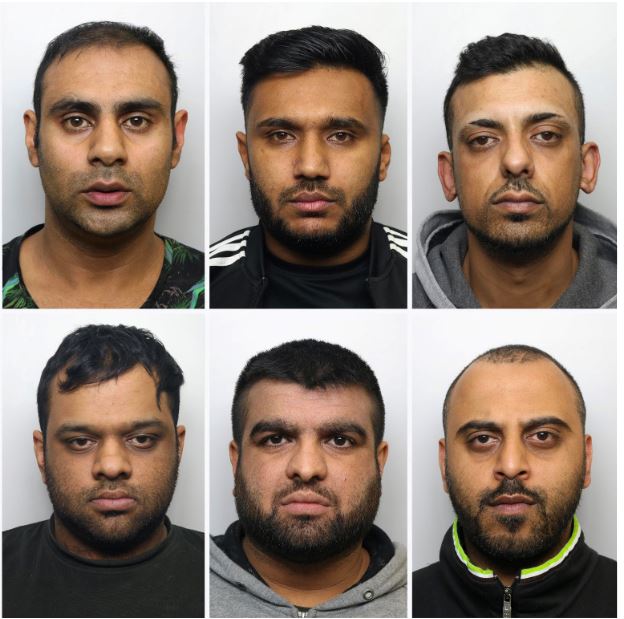 If I were abducted by a group of men who pinned me down, trimmed my eyebrows and sideburns and plucked my nose hairs, I might describe them to police as a grooming gang.

If the gang consisted of people from China, Thailand, the Philippines, India and Iraq, I might describe them as an “Asian grooming gang.”

The so-called “Asian grooming gangs” operating in Britain are not skulking around with bic razors and a pair of clippers – and they are not all Asian.

These gangs work with a common purpose. They are involved in the industrial scale gang rape and sex slavery of very young indigenous English girls. Grooming is a tactic they use to trick these uninformed, unsuspecting tweens and teenage girls.

Grooming is the nice bit. That is where they befriend these girls and shower them with gifts and attention. If grooming was all they did, people wouldn’t mind so much. It isn’t.

Once they have the confidence of these girls, they are brutally gang raped and threatened with death if they tell anyone or ever disobey.

Terrified and cut off, these girls are then sold (rented) as a commodity around “The Community.”

The Asian community? No, that wouldn’t be an accurate description. Admittedly Pakistan and Afghanistan (where most of the “perps” appear to have come from) are in Asia.

These are not traditionally referred to in the UK as “Asia” however. When we say “Asia,” we don’t normally include the Near East, the Middle East, or the Subcontinent (India and Pakistan). We certainly wouldn’t include Somalia – which is, in fact, in Africa.

To a Pom, “Asian” tends to denote people with the more East Asian features like Chinese, Japanese, Korean or South East Asia.

The term “Asian Grooming Gang” is a term carefully crafted (by the English authorities) to divert attention away from the truth.

The fact is, that these gangs are sex slave gangs and the defining feature of these gang members is that they are entirely (or perhaps as the authorities claim “almost entirely”) made up of Muslims.

The proper name, the name we should all start using, is Muslim sex slaving gangs. Has a better ring to it, I think.

The police and authorities keep pretending that there is a small proportion of ethnically English men in these gangs yet if there is, then why do we only see “Asians” actually being prosecuted?

The disgusting, gutless Quislings in authority have stood by and watched the industrial scale rape and sex trafficking of these hapless young girls.

They have done nothing because of the vile anti-White racism which has been drilled into them for decades.

In fact, not only have they done nothing – they did everything in their power, to cover up for these bastards and to pretend that it had nothing whatsoever to do with race, ethnicity or religion.

Standing up for Whites in England is Verboten these days. Black and Minority Ethnic Communities are all-powerful, and none dare stand against them.

They are organised, they are connected, they promote their own people into positions of power. What is more, they scream RACIST whenever they meet resistance.

The indigenous Brits wouldn’t dare convene a community group to advance their own interests. Can you imagine what would happen if you formed an organisation to defend the rights of ordinary English people?

Actually, you don’t have to imagine it because Tommy Robinson did just that. His life was torn apart. Not only was it torn apart by the Muslims assaulting him and sending death threats.

His life was ripped apart by the vile English Police and courts who targeted him with constant harassment, imprisonment and probably with death.

According to Tommy, he was deliberately and repeatedly placed in harm’s way, with groups of murderous Muslims whilst in prison.

Yet we have already started to organise. Slowly at first, of course, but that is how great changes start.

A Canadian girl, a friend of mine, called Elsa, stood up first. She crowdfunded a barrister for Tommy.

It was the first time he had proper legal representation and the charges against him were dismissed as absurd. Of course, the charges kept coming, but another Canadian called Ezra Levant stepped in – then Avi Yemmeni – and so many more keep adding their voices.

As this movement grows, as we learn the ropes and begin to wrest back the levers of power, we get ever closer to the day when we will prevail. And when we do – we will remember.

Even those in power are starting to come forward now, as this article suggests

What are They Plotting in Poland