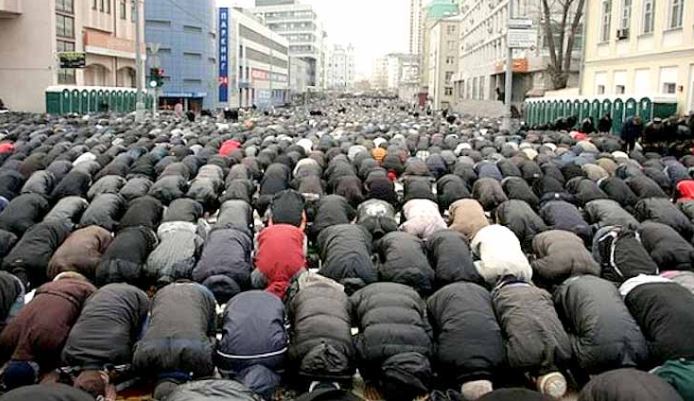 Do you remember when young couples would dream of honeymooning in Paris? Ah! Gay Paris, the romance, the atmosphere….

No one mentions that anymore – and for good reason. Paris, like the rest of France is steadily sinking into a cesspool of Islamic control.

Does that sound alarmist? Even after the scores of deadly Islamic attacks in France in recent years, many people still think that the French Government has things under control. They don’t.

Sadly, the problem is not simply confined to people taking dumps all over the sidewalks, covering the place with trash or the regular torching of cars.

A recently leaked document from France’s General Directorate for Internal Security explains that 150 areas in France are now “held” by radical Islamists or – as we like to refer to them here on the Richardson Post – Muslims.

That, is 150 swathes of French territory over which the French State has lost control. To once again use a more straightforward term, these areas have been conquered.

Seeing the French lose territory to foreign invaders is nothing new, of course. They do, however, normally admit to it, as they are running away.

During this wave of conquest they have been strangely silent about the whole affair. They were even stupid enough to reject Marine Le Pen in favour of Globalist puppet Macron.

-That isn’t working out too well for them.

in October, Emmanuel Macron was forced to admit that they are in “an essential struggle.” That admission only came though, after a serious attack on the police headquarters.

According to the French press (hat tip to Google Translate) “the administrations seem disarmed, and the risk of stigmatizing Muslims in France complicates the task.”

Yes, we simply mustn’t stigmatise the invaders, right? That would just be intolerable. Imagine how bad things might have been if we had stigmatized the Nazis.

Macron is, of course, making tough noises (could anyone take this fool seriously) but one of his ministers is doubtful: “Macron wants to move forward, that’s for sure. But the problem is that we are moving in the dark …”

In fact, they are not moving in the dark – it just seems that way to them because they have their eyes screwed tightly shut and their berets pulled hard over their eyes, hoping that the Islamic bogey man will just go away.

The trouble is, that hiding from your problems just makes them worse when they inevitably catch up with you. Hiding from the Islamic monster will lead to catastrophe.

People with such an infantile world view should never be allowed to have their hands on the levers of power – even in France.

From the looks of things, we will wind up rescuing the French for a third time, providing we can force our own politicians to open up their eyes. So far it isn’t looking promising but I have confidence in the Anglosphere.

People are really starting to get ticked off and the news is spreading.

As usual, you guys are leading the charge but hold steady and the rest will come around.

As the shampoo ad says, “it won’t happen overnight, but it will happen.”

Do we know how many abused children die… do we care?