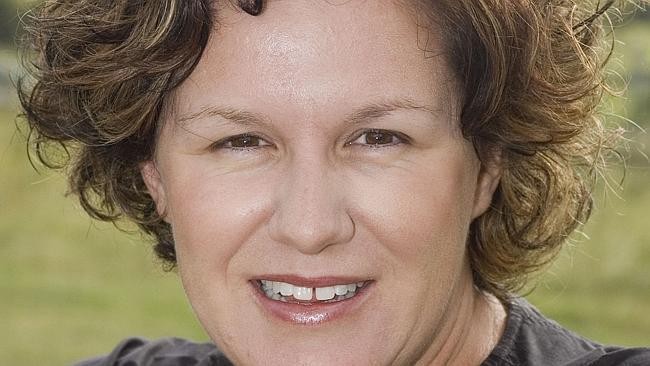 The hardest thing about being a journalist for a local paper is that not much ever happens in a small town. If a cat gets stuck up a tree, you rush down to get the scoop. School fete? Of course you will be there.

The Reclaim Australia Rally on the Gold Coast was a very newsworthy event. There were lots of people, potential for conflicting points of view and a very hot button topic. I was quite surprised therefore; that the journalist assigned to cover the event for The Gold Coast Bulletin (07/04/15) doesn’t seem to have taken a stroll across town to see for herself what it was all about.

This was a real shame a nd a lost opportunity, both for Alice Gorman (pictured) and for her readers. Probably because she did not attend, her article missed the point badly. It was based on an assumption which was entirely at odds with the reality of the event.

The point of the rally was to provide people with information. As far as I could tell, most of the people who attended the rally went there to learn. I doubt that anyone there didn’t learn something of value, I know I did.

The speakers were all people with intimate knowledge of different aspects of Islam. All were respectful and none showed any hint of racism or hatred.

In her article, Ms Gorman seems to have assumed that the point of the rally was to disseminate false information and close Australia off from the freedom to be different.

She cites her own family’s experience fleeing from an intolerant regime in Egypt and the joy of their acceptance in Australia. This is where the real tragedy lies. The reclaim rally was organised to fight against the intolerance that her family fled Egypt to avoid.

Those involved in the rally are putting their lives at risk to ensure the continuation of this tolerance with which Australia welcomed her and her family.

In case Ms Gorman is a closet Richardson Post reader, or by chance someone forwards this on to her, I would like to share with her the experiences of an Egyptian friend of mine.

This lady’s family fled Egypt around the same time as Ms Gorman’s, but she is old enough to remember the experience. This is just a little of her story from an email she wrote to me:

“My usurper (after the Suez Canal war, all our Pom teachers were expelled from Egypt and replaced by Muslims) history teacher in far away 1956 Cairo, told us as kids that 'winning the Suez war', signalled to the Muslim world that the Caliphate was back on track . . .he regretted that he was too old to see it happen, but assured us kids that we WOULD see it, and that 'the pigs and dogs like you' (meaning us Christians and Jews), would get our just deserts.

"I remember us kids just sitting there looking at him! Stunned by the venom directed at us. Looking back, I can still see and feel his viciousness, the unrelenting hatred that fuelled his existence! He had poison oozing out of his pores!

"He told us that the Christian Crusades had inflicted horrendous atrocities on his Muslim brethren and had massacred untold numbers of poor innocent Muslims.

"We were children, and believed him. . . it made us ashamed to be Christians. I was always fascinated by History . . . I took it as a subject later on at high school and then at uni.

"But it was only much later that I discovered the truth about the Crusades. That they had started in order to PROTECT Christians. I found out the origin about the Janisseries . . . I had heard the word mentioned in adult conversation, but didn't know anything about it.

"Imagine my horror, when I discovered the Janisseries were the end result of Frankish [Ed: French or European Christian] boys kidnapped from their parents by the Turks, then brainwashed, beaten, starved, tortured and eventually turned into vicious, merciless killers . . . killers of Christians . . . these were the 'shock troops' of the Ottoman Empire! Their story is truly an ugly one.

"To be able to actually DO anything about these people's attitude, things must change radically, starting from their Mosques and Madrassas, where they indoctrinate their children into the virulent hatred of the Khufr [Ed: Khuffr or Kuffar is the Arabic word for infidel, actually a very hateful word, like using the N word to describe a black person. This lady is a native Arabic speaker and knows its awful meaning].

"A great majority of Muslims have never read the Koran. You look at the Indonesians and Malaysians and Pakistanis etc., they DON'T speak Arabic!

Madrassas teach their children by repetition, like parrots. They don't really understand what they're saying.

"Their Mullahs and Imams tell them what to think. When people have that kind of power, it would be near impossible to persuade them to let go of that which makes them so almighty in the eyes of their followers.

"Sorry. . . I do go on about this! But you know how I feel! I have watched my Egyptian family descend into penury because successive Egyptian governments have bled us dry! We paid a Jezeyah [Ed: onerous Islamic tax levied on Christians and Jews] for CENTURIES!

"The last of our possessions were confiscated in [the] mid 1950s. We had extensive land in the Fayyoum . . . all taken from us.

"And now our beloved Larry is under 24 hr guard . . . IN AUSTRALIA!! May God help us! I never thought I'd see the day!! I feel a deep sense of grief, of great loss.

"Until the day I die, I will fly the Aussie flag in my front yard. I will commemorate ANZAC Day, and I will SAY what I want . . . if anybody comes near me to stop me, I'll shoot the bastard!”

My friend speaks so strongly because she values the Australian spirit of tolerance and inclusiveness through her experience of the opposite. She knows first-hand of the horrors that exist elsewhere and how special and important are the values that the old Aussies held dear.

At the end of her opinion piece, Ms Gorman says to her readers, “I’d really love to know what evidence this movement has that our “Aussie way of life” needs to protecting [sic] on the Gold Coast?

“I hope residents take the time to inform themselves with fact, before pledging allegiance to a movement with questionable motives.”

I hope she actually means what she says and that she is genuinely interested to find out the truth and review the evidence.

I have laid out the evidence as clearly as I can on my own website and in my book. These have been read by hundreds of thousands. So far, no-one has been able to refute them.

Journalists are supposed to be the ones sifting information to keep us informed of the truth. It would be ironic and embarrassing if they, as a profession, were the last ones on Earth to realise one of the most important truths of our time.

Please Ms Gorman, do the research and come to our next rally. You would be most welcome.

CORRECTION: The original pic of Alice Gorman was not of The Bulletin journalist. The correct pic is now shown. Apologies to those concerned.