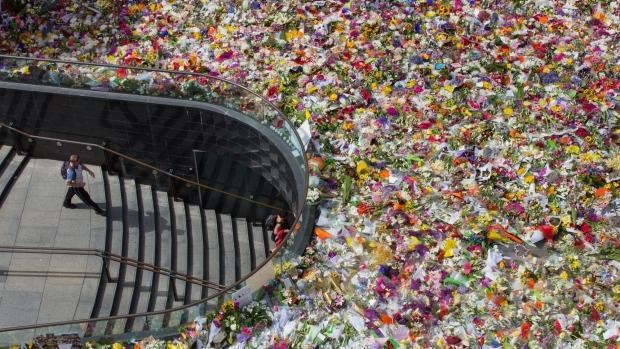 Education has come a long way since I was at school. Now that everyone has a calculator on their smart phone, there is no need for children to spend time learning useless things like times tables. Kids are now free to learn much more useful things instead.

In term two of prep my daughter was already learning the benefits of “Diversity.” In year two, they spent a couple of terms learning about the negative consequences of “Stereotypes.”

My poor old Mum never learned these things at school. She never heard of the benefits of diversity and still honestly believes that stereotypes are useful pointers. She has always thought that Scots were prone to drink too much. She thinks that the Germans aren’t to be trusted and when Gypsies were in the area, she always used to make us put our bikes away at night.

Anyone who has been on the receiving end of a negative stereotype will know how frustrating they can be. When I was younger, I rode large, fast motorcycles. The police would often try to sneakily follow me, assuming that I would be travelling well over the speed limit. Annoyingly, they were usually right.

Sometimes though, stereotypes are quite wrong. Many of us Poms rarely complain and bathe regularly. Many French people are quite humble and some Americans are quietly spoken.

Religious stereotypes can also be very misleading. Catholics are not supposed to use birth control and yet Italy has one of the lowest rates of reproduction in the world. I have known Jewish people who would eat pork and more than a few Muslims who drink alcohol.

Usually however, religious stereotypes are quite useful. If you happen to be a pork salesman looking for a new market then a trip to Israel would probably be a waste of valuable time. While some Jews eat pork, most never will.

Despite what they preach to our children, the Australian Government also uses stereotypes, particularly in the immigration and foreign affairs departments. For instance, not all Afghans or Somalis are violent, yet the Government warns Australians of the dangers of travelling to those countries.

Not all people who have committed a crime will do so again. If you have three convictions for aggravated burglary however, then the Immigration Department think it quite likely that you could reoffend. They also believe, quite sensibly, that people with such a history pose an unacceptable risk to the people of Australia and refuse to give them access to Australian Territory.

If a gang or group in Bolivia is attacking, or even killing, other Bolivians, it is neither the fault nor the responsibility of the Australian Government. They may pressure the Bolivian Government to take preventive action or call the ambassador in to demand an explanation. Other than that, any responsibility rests with the international community and bodies such as the UN.

A responsibility the Australian Government does have however is to ensure that such people of evil intention are not allowed into Australian Territory where they might cause harm to Australian citizens.

In recent times, our Immigration Department has had some disastrous failures in this respect. In this day, Jihadist ideology is not one which is followed by all Muslims, or even a majority of Muslims.

Unfortunately, by ignoring the jihadist threat completely, the Australian Immigration Department has exposed Australians to unacceptable and completely avoidable risks.

There are currently more than twenty Australian Muslims in jail for plotting the mass murder of Australians.  Scores more have gone to fight with fanatical terror groups in the Middle East and elsewhere and are now returning home.

Man Haron Monis was an Iranian with a jihadist mindset. He was granted citizenship by the Australian Government who naively believed his claims of persecution.

Once here, he was able to live for years at the expense of the Australian taxpayer.

He sexually assaulted around 40 Australian women and girls. He is suspected of plotting to murder his wife and is known to have sent poison pen letters to the wives of Australian soldiers who died fighting in Afghanistan.

His subsequent legal battles up to the High Court were all funded by the taxpayer and when he stormed the Lindt Café in Martin Place, two innocent Australians and their grieving families, paid the ultimate price.

The old excuse that he was just another “lone wolf” whose actions had nothing to do with Islam is starting to wear very thin, especially given the reported 63,000 likes on his facebook page. The claims that, “We could never have guessed that he would do something like this” are beginning to border on the criminally negligent.

People are finally waking up however. It is a long slow battle but I know from personal experience that there is a groundswell happening. Sales of my book exploded in January. On Amazon.com it is now the number 3 bestseller and second highest rated book on the subject of Islam.

Richardson Post readers are leading the charge but we must not let up. The Australian Immigration Department has a duty to understand the Jihadist threat and formulate policies which protect innocent Australians from it.

The sooner this happens, the safer we will all be.