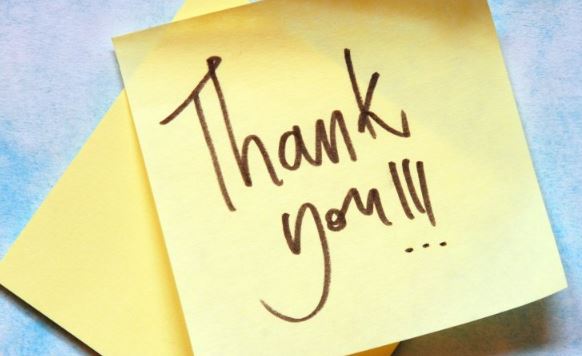 I just wanted to take the time to say a special thank you to all of you who are still donating to The Richardson Post.

You know who you are.

They say that integrity is doing the right thing when no one is looking. I know Larry put the blue-ribbon thing on for those who donated.

He thought that you would want people to know that you had done the right thing. Mostly, however, he was wrong.

Many of you prefer just to quietly donate. It isn’t always a heap of money, but that doesn’t matter. For many of you, even small amounts are missed.

We know times are tough and many of you who donate are getting by on a pension or their own savings. In many ways, it is the thought that is more important than the actual money.

Having said all of that, if it wasn’t for those small donations coming in month by month, we probably couldn’t keep the lights on.

Keeping a blog this size afloat takes an unexpectedly large amount of cash to sustain.

In particular, we have been through some quite difficult times and having that steady income has allowed us to focus on getting through it and setting us up for the future.

As you can imagine, running the site takes up a lot of time and I haven’t had time to thank you all individually.

Don’t think, however, that I don’t see your names with the donations which keep on coming in.

Don’t think that I don’t feel honoured by those of you who believe in us enough to put your own money up to keep this site afloat.

We don’t have a George Soros or a Michael Bloomberg on our side. We just have you guys and we promise to make every cent count.

We are constantly striving to improve the site and provide an alternative platform to the rest of the elitist media.

Having a place to express ourselves is vital, and you are the ones making it possible.

As we grow and improve, our voices will get louder and harder to ignore.

We can only do that because of those of you who put your hands in your pockets and chip in with those steady donations.

For that we thank you, from the bottom of our hearts.

PS. We will be removing all of Larry’s articles and cartoons shortly. We just have to work through some technical issues and it will be done.

Also, we are no longer diverting traffic from pickeringpost.com URL and so if anyone asks you where the website is, could you please tell them where we are and ask them to bookmark us in their favourites.

MICHAEL BLOOMBERG SET TO BUY THE PRESIDENCY – WHAT COULD GO...