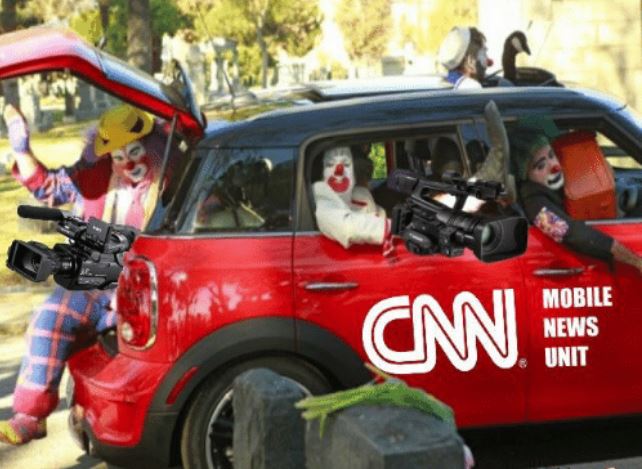 The following excellent article by J.B. Shurk explains why the mainstream media has lost all credibility:

Whatever happens over the next few weeks with the Chinese virus, one thing is certain: nobody trusts the corporate press.  Nobody.

These people are the absolute bottom of the barrel in professional prestige, a collection of low-I.Q. wannabe-celebrities, con artists, and Joseph Goebbels clones.

Parents should want their children to be free thinkers; no parent should have to suffer the pain and humiliation of watching his children grow up to pimp themselves on television for international conglomerates and hostile Chinese interests.

Somewhere the parents of Lawrence O’Donnell and Brian Stelter and Joe Scarborough are wishing their sons would have had just the tiniest bit of dignity to take their whoring for the Democrats and the Chinese Communist Party off camera and back to the streets where it belongs.

Of course, the streetwalkers would never have them; they actually work for a living.

MSNBC and CNN spend all day long yelling “fire” in one crowded theatre after another, except as soon as the people run out into the street, there they stand with bullhorns screaming, “The street is on fire, too.

There’s nowhere to go.  You’re all gonna die!”  Going through a national disaster right now with the American media is like going through WWII with the German or Japanese media as our sole source of information.

If they had existed in December 1941, there is no doubt that MSNBC and CNN would be telling young men to give up immediately and return to their farms, while praising the efficiency of Japanese rule.

I can hear Lawrence O’Donnell right now criticizing the ugliness of American life and the beauty of Japanese culture.

With his trademark scowl, his most solemn advice to resilient patriots would be that they submit to their new masters so completely that they embrace seppuku disembowelment as the “honorable” way to go.

Even Hitler had to fire a few shots at France before it completely surrendered.  Right now, I get the feeling that all he’d have to do is call up 30 Rockefeller Plaza, say “achoo,” and Rachel Maddow would be on air screaming that the only way for America to survive is to give Hitler everything he wants without delay.

Talk about a bunch of pusillanimous fear-mongers.  Two minutes in a foxhole with any of these anchors, and you’d risk everything to get up, find a clear patch of earth unencumbered by cable news personalities, and begin digging a new hole, even with a flurry of bullets whirring past all around you.

Fighting the Chinese virus with the American media at our side is like surviving Bastogne with the SS Panzer Corps promising to keep us safe.  If they’re not the “enemy of the people,” they have a roundabout way of proving otherwise.

Maybe Lawrence O’Donnell isn’t trying to stoke enough outrage against the American President that another Democrat like John Wilkes Booth or communist like Lee Harvey Oswald gets up the nerve to go full James Hodgkinson against the White House.

I mean, it sure seems as though O’Donnell spends his airtime trying to encourage violence against the sitting president, but it’s also possible he’s too dumb to understand the consequences of his actions.

If he ever finds himself as a defendant, he’s certainly building a strong case for mental incompetence.

Mental incompetence is contagious in the cable news industry.  Unless I’m forgetting someone, there’s only one person on the national stage who has spent a lifetime arguing against America’s manufacturing dependence on China.

He ran an entire presidential campaign based on closing the American border to illegal aliens, who lower American wages and strain the country’s already strained social safety net.

He argued that NAFTA destroyed towns across the country; that both parties betrayed our blue-collar workers by moving manufacturing overseas; and that the United States was at the perpetual mercy of dictatorships like China’s for its most precious national security resources, including steel, pharmaceuticals, and electrical components.

Along comes a national emergency that proves Donald Trump’s warnings to America as prescient as Themistocles’s warnings to Athens, and how do the American media treat this revelation?

They ignore forty years’ worth of pleadings from the future president to rebuild what was once the world’s most expansive and dominant industrial powerhouse and his repeated desire as president to reclaim the manufacturing self-sufficiency that would have protected America from the crisis extant today.

Instead, they blame the one person who has been sounding the alarm while the American news media and feckless politicians slept, no doubt kept comfortable by the lucre provided them by dictatorships like China’s that now seek to hold us hostage.

Themistocles warned Athens that the only way to survive Persian conquest was to build a world-class navy before it was too late; the aristocrats of his time laughed and scorned him, but it was Themistocles who saved Greece from Persian rule.

President Trump today warns America that the only way to survive Chinese conquest is to rebuild America’s manufacturing stronghold.

Like an exclamation point to four decades’ worth of warnings, a Chinese virus has come onto our land to prove how clear and vital the president’s thinking has always been.

And what do the American news media learn from this experience?

That the man who has warned us all along about the potential for this current crisis is somehow unfit to lead, while decrepit Joe Biden, who has spent his own lifetime eating at the trough of China’s largesse, is somehow prepared to guide the American ship to safety in this battering storm.

Old Joe, the guy who laughs at the thought of China being any type of threat to the United States any time the question is posed, is supposed to protect the United States from a threat he does not understand — a Chinese threat he has long been paid to ignore.

Only a news media establishment as corrupt and vacuous as ours would see the prognosticator as the villain and the sleepy, corrupt career politician as the savior.

Outside of the news dens of dim-wittedness, the reality is clear: Joe Biden and China apologists like him have always been the virus, while President Trump’s policies to rebuild blue-collar America are the cure.

“Evil or stupid.”  That’s the only question left to answer when it comes to America’s corporate news cabal.

Right now I picture Joe Scarborough smiling in feigned contemplation and asking, “Why not both?”  He’d have me there.

If their reaction to this current threat from the Chinese virus is any indication, “evil” and “stupid” together reach the mark.  For some like O’Donnell, though, only “treasonous” squarely hits the bulls-eye.